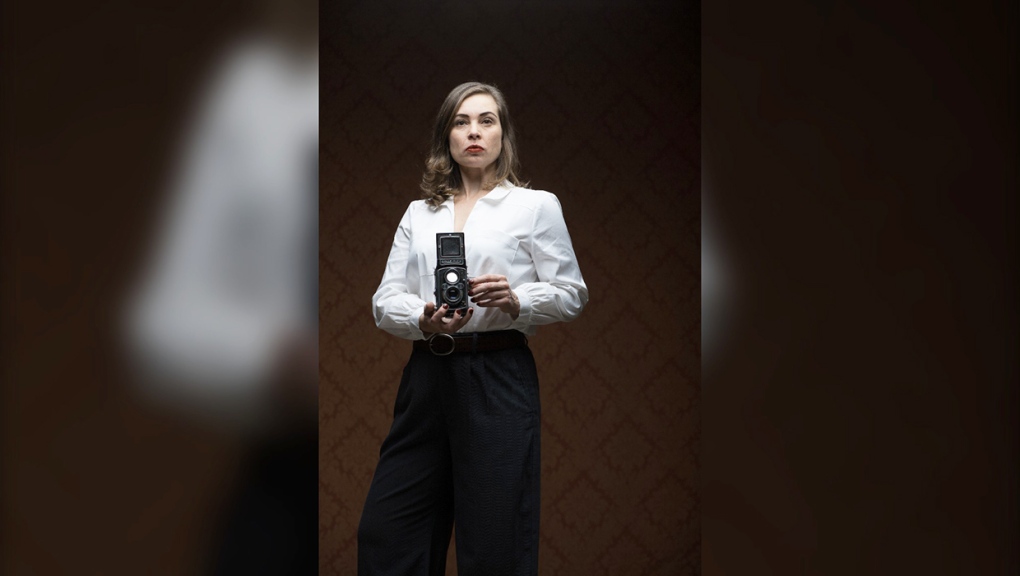 Daniela Vlaskalic plays the title role in Dora Maar: The Wicked One, a new drama she also co-wrote with Beth Graham. It's at the Big Secret Theatre through May 14. (Photo credit: Sean Dennie)

Dora Maar: The Wicked One, a new drama by Calgary playwrights Beth Graham and Daniela Vlaskalic directed by Blake Brooker, tells the story of the photographer who met Pablo Picasso in a Parisian cafe and became a part of that legendary city's art scene in the 1930s. The drama is being produced as part of the spring edition of the 2022 High Performance Rodeo, along with co-producer Hit & Myth Productions. CTV News spoke with Vlaskalic and Graham over email about their world premiere production, which opened last week and runs through May 14 at the Big Secret Theatre.

What interested you about the story of Dora Maar?

We stumbled upon Dora Maar when we were working on a different play about degenerate art set in the Second World War. She’s often a footnote in Picasso’s story and we knew there was much more to her. We were inspired and intrigued by her photographs. They felt truly original. We found Dora Maar to be a fascinating person, and a very modern woman of her time. We wanted to go further into her own history and how she influenced Pablo Picasso’s work and life. The more we discovered the more we wanted to share about this extraordinary person, her work, and the life that she led.

What was it about her that made her extraordinary?

She was one of few women who went to art school in Paris. Her primary art form was photography which was a new medium. She made a living as a commercial photographer for fashion designers but her true passion was capturing everyday life. She was part of a group of influential artists, known as the surrealists. She was also very political. She was a woman with a lot to say.

Was there a philosophical clash between Maar’s photography and Picasso’s cubism? Did they see the world differently?

Dora and Picasso clashed artistically but they also influenced each other’s work. Both artists were exploring the manipulation of reality, collage and synthetic cubism. Dora and Picasso certainly disagreed about which art form was more valid; sometimes their disagreements were playful and sometimes they were malicious. When she met Picasso, Dora Maar was very involved politically. She was an active member of several anti-fascist groups. At the time, Picasso claimed to be a pacifist. This changed over the course of their relationship. Most notably, after the bombing of the Basque village of Guernica. 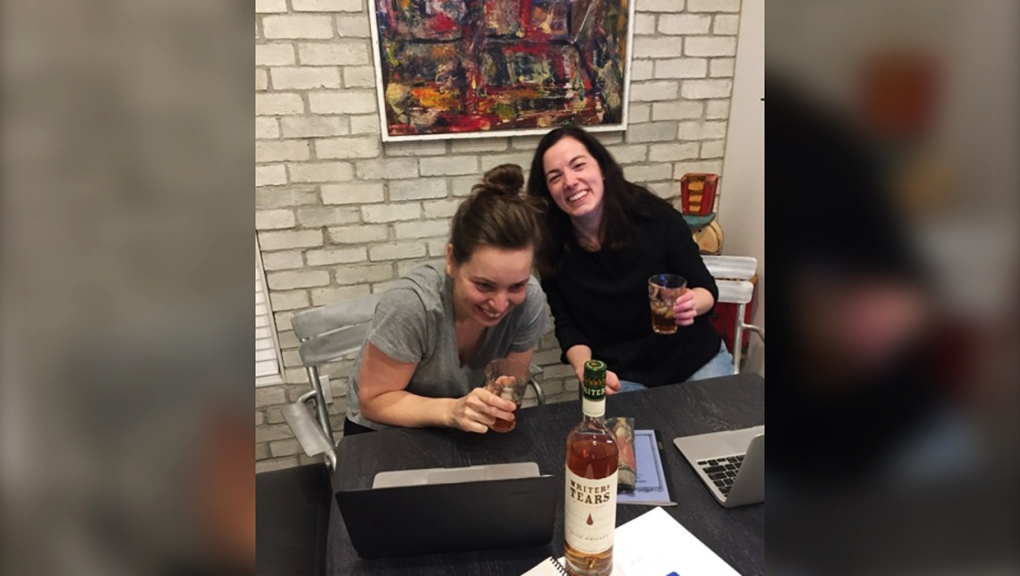 Playwrights Beth Graham and Daniela Vlaskalic working on Dora Maar: The Wicked One

With war and fascism rising and economic inequality, there seems to be parallels between then and now. Do you think so?

Could we be on the cusp of a new kind of art movement in reaction to all this upheaval? What do you think it might look like?

As playwrights, we are often attracted to characters and events in history. Lately, we have found it both interesting and disturbing to see how the past is repeating itself. I’m not sure what the art movement will look like, but one hopes that much artistic expression will come from this time. There are certainly a lot of difficult questions to be asked, many more stories to be told, and the need to imagine a better future. Can art provide this? One can dream.

Is playwriting satisfying in a different way than acting? Better? Worse?

Yes, playwriting is satisfying in a different way than acting. As a playwright, you are the starting point, the first person contributing to the collaboration. There is great joy in being the initial creator of the overall story. Then, as an actor, you are lifting the words off the page, interpreting the play, inhabiting the character. During performance, there is the rush of adrenalin and a direct connection to an audience. Both playwriting and acting have their challenges and rewards. The choice between the two is too difficult to make.

Is there something we can learn from that generation of artists to help us now?

Dora and Picasso were fearless. At a time when it was truly dangerous to be an artist, they persisted. They kept redefining themselves, pushing boundaries and asking questions, despite their circumstances. When politicians were attempting to supress their artistic expression, they continued to create, refusing to be censored. Their passion and determination is an inspiration.

A federal judge Wednesday sentenced Jerry Harris, a former star of the Netflix documentary series 'Cheer,' to 12 years in prison for coercing teenage boys to send him obscene photos and videos of themselves and soliciting sex from minors at cheerleading competitions.