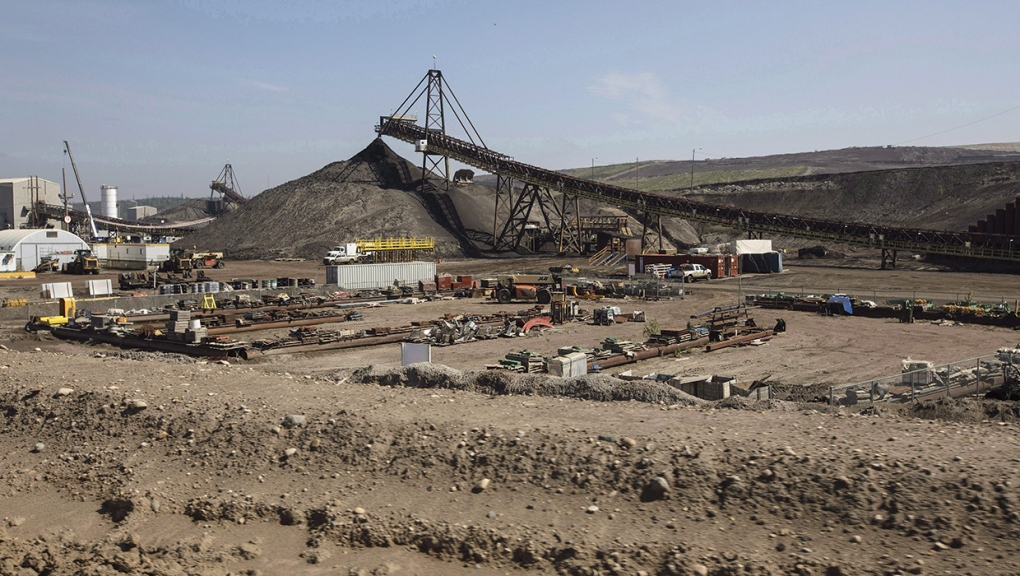 A hopper moves dirt in Suncor's Millennium mine in the oilsands in Fort McMurray, Alta., on June 13, 2017. (CANADIAN PRESS/Jason Franson)

CALGARY – The largest pension fund in Norway has removed four Calgary-based companies from its investment list in an effort to cut ties with Alberta’s oilsands and meet worldwide greenhouse gas emissions targets.

The fund, which administers more than $81 billion USD in assets, said a full exit from the oilsands is "great news" for environmentally friendly customers.

CTV News Chief Financial Commentator, Pattie Lovett-Reid, says the decision was made to reduce the fund’s tolerance threshold for companies with interests in the oilsands.

"What they have indicated is they will not be investing in companies that derive more than five per cent of their revenue from the oilsands," said Lovett-Reid. "The reason being cited here is it’s not in line with oilsands activity with the Paris Climate Agreement."

KLP CEO Sverre Thornes is proud of the decision.  "By going coal and oilsands free, we are sending a strong message on the urgency of shifting from fossil to renewable energy."

The move is not sitting well with the Canadian Association of Petroleum Producers (CAPP).

McMillan said Canadian oil and natural gas producers "operate under one of the most stringent regulatory systems in the world", adding that the International Energy Agency forecasts that natural gas and oil will remain in the major sources of global energy in 2040.

"Canada can make the world a better place by providing reliable, affordable and responsibly produced energy that will help raise standards of living around the world," McMillan wrote in a statement to CTV News. "We can do this while reducing net global greenhouse gas emissions, and developing world-leading environmental technology and expertise."

In March, Norway's US$1-trillion wealth fund said it will sell shares in oil and gas companies including some Canadian names in order to diversify its investments as a hedge against the possibility of a downturn in the energy industry.