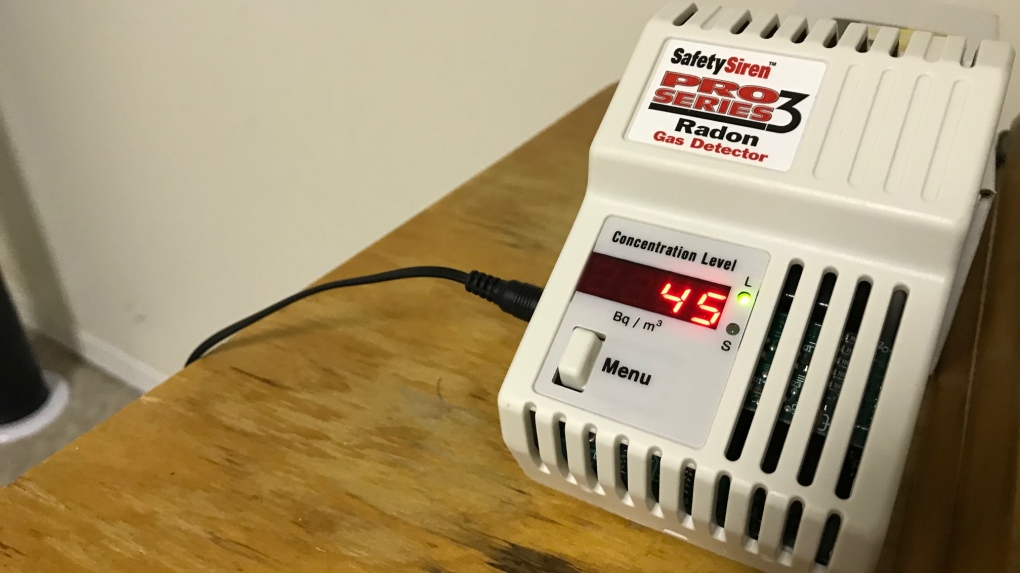 A new study suggests that residents who take action on radon gas in their homes are at a much lower risk of developing lung cancer over the long-term.

The research, published on Nature.com, found that anyone who takes steps to test for and reduce exposure to radioactive radon gas can reduce their lifetime risk of lung cancer by almost 40 per cent.

Scientists in the study, who were from both the University of Calgary and University of B.C., discovered some Canadian homeowners are absorbing more than 100 millisieverts – the unit used to measure radiation doses – of radiation into their lung each year.

"This could explain why, even though Canadian tobacco use is amongst the lowest in the world, our rates of lung cancer diagnosis and death are amongst the highest."

Radon gas is the leading cause of lung cancer in non-smokers, the U of C says, making up between one in five and one in three lung cancer cases in Canada.

The data collected in the study also suggests low-income families may be at greater risk, considering they cannot properly invest in testing for and mitigating radon gas in their homes.

Researchers say this points to government needing to take a larger role to provide solutions.

"This work also highlights a new health equity issue for Canada as, at present, people who do not smoke but who are exposed to high levels radon would not qualify to be included in the lung cancer screening programs emerging across Canada," said Dr. Cheryl Peters, a professor in community health sciences and senior scientist at the BC Centre for Disease Control and co-author of the study.

According to Alberta Health, radon is found in rock, soil, water, some building materials and natural gas.

"Radon is found in new and old buildings. It can seep in through any opening where the building contacts the soil. If a house's water supply contains radon, radon may enter the air inside the house through pipes, drains, faucets, or appliances that use water. Then the radon may get trapped inside the house," said the province's website.

Nearly one out of every 15 homes in Canada possess unsafe levels of radon.