Police were called to the area of 45th Street and 17th Avenue S.E. about 3:40 p.m. Saturday for reports that an armed man had assaulted a bystander and threatened others.

The victim has been identified by family as Latjor Tuel, 41, who they say was struggling with mental issues and was not aggressive.

Neufeld said officers tried talking to Tuel for a "significant" amount of time before the situation escalated. Witnesses at the scene say the officer shot Tuel four times as he advanced on the officer and the service dog.

Even though officers performed life-saving measures, he was pronounced dead on scene.

A police service dog named Jack was seriously injured during the incident and was taken to an animal hospital in life-threatening condition.

No officers were injured in the incident, police said.

Neufeld said police were called there for reports of an assault, not someone in distress. He added CPS officers responded to 9,300 mental health calls in 2021 and are well-equipped to deal with them.

"That works out to an average of 25 mental health calls a day," said Neufeld. "The vast majority were resolved peacefully with no use of force and persons in crisis connected to resources and supports they needed. This weekend, sadly, that did not happen."

Neufeld said he hopes the ASIRT investigation and subsequent fatality inquiry will help identify any gaps in supports available to Tuel and his family.

In a release Tuesday afternoon, prior to Neufeld speaking publicly, ASIRT said officers arrived at 3:46 p.m. and found Tuel holding a knife and a stick. More officers arrived and they surrounded Tuel, from a distance.

Video of the incident posted to social media shows the man sitting on the sidewalk and officers talking to him. They can be heard telling Tuel to drop the knife he was holding.

Then at 4:02 p.m., video shows Tuel stand up and move and an officer fires "less-lethal rounds at him."

"The man stood up and began to run in the direction of a group of police officers and police vehicles. A police service dog on a lead was allowed to approach the man as he approached the front of the police vehicles," ASIRT said in a release.

"Video shows that the dog’s handler pulled the dog back, upon which the man advanced in the direction of the dog and the handler. In the ensuing altercation, the man swung the stick and stabbed the knife at the dog while the dog bit the man and officers used conductive energy weapons on him."

The confrontation continued, it read, and two officers fired their guns, knocking Tuel to the ground.

Officers then approached, took away the knife and stick and began emergency care, along with EMS, who were waiting nearby.

Anyone who witnessed the incident or has video is asked to contact ASIRT investigators at 403-592-4306.

Tom Engel, a criminal defence lawyer who specializes in complaints against police, also questions the way officers handled the matter, saying it never had to end up with Tuel getting shot.

“He got in there so close with a knife and that stick and there’s a pretty good argument that the police had no choice but to shoot him, so the problem is what they did not do to prevent that from ever being the situation.”

“That situation was uncalled for and as a family and a community we condemn it,” said Tuel's counsin, Chatim Thor.

“It’s not something that should’ve happened with police who are trained in first world country and in a peaceful nation.” 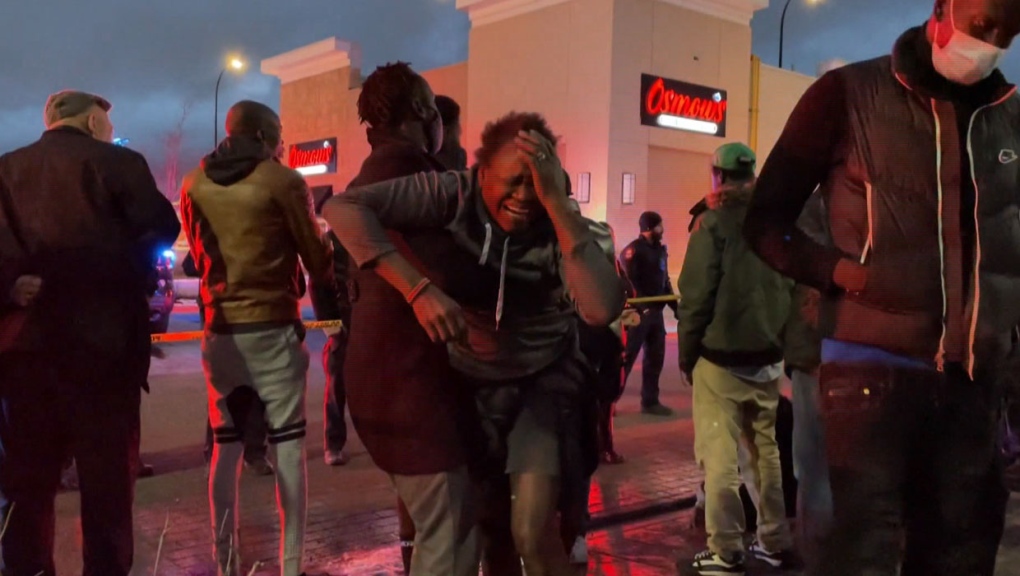 Witnesses on scene tell CTV News that Tuel was not trying to hurt anyone, seemed distressed and needed help.

Thor says Tuel was a child soldier from Sudan fighting for freedom with the Sudan People Liberation Army. He says his cousin may have suffered from PTSD and other mental health issues but he was not aggressive.

“He would tell me that he have nightmares and people are shooting at him,” said Thor.

James Nguen was friends with Tuel for more than 30 years and fought as a child soldier with him. The pair were part of the Lost Boys of Sudan, a group of tens of thousands of Dinka youth who fled civil war in their native country.

Two years ago, the police chief made a commitment that CPS would work with mental health experts during intense situation. Nguen is questioning why that didn’t happen.

“If the police would have understood the background check of the man they were dealing with they would’ve also called in somebody in a counsellor or a psychologist and tried to talk to him,” said Nguen.

“I am upset for the action that happened that afternoon but I have a trust with the police that the truth will come out and justice will served,” added Thor.

A protest rally hosted by the Sudanese community will be held at Calgary city hall on Feb. 25 at 1 p.m.