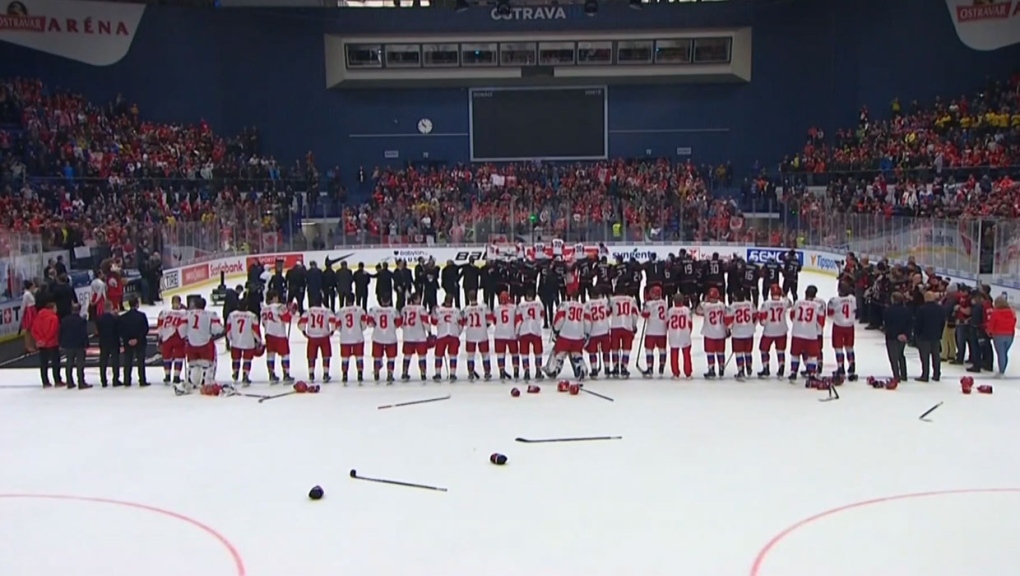 Dylan Cozens and Calen Addison, teammates with the Lethbridge Hurricanes, struck gold at the World Juniors earlier this month.

LETHBRIDGE -- Winning gold with Team Canada at the World Juniors is a special experience, but even more so when you’re able to do it with a teammate.

After taking some time to relax and decompress with family in their hometowns, Lethbridge Hurricanes forward Dylan Cozens and Calen Addison are back in Lethbridge.

The pair met with the media Wednesday, where they shared details about their experience.

"It’s pretty special for sure for us, and for the organization to have us both there, and (Oliver) Okuliar too with Slovakia, but with Team Canada," Addison explained.

"To hand that trophy off to him after that game was a feeling I’ll never forget and it was definitely the best feeling of our lives for sure."

Not only were Addison and Cozens part of the team, they were key cogs for Canada.

Being able to produce like that on the biggest stage, even though every day was a battle for more ice time and opportunity, made the win that much sweeter.

"They gave me lots of opportunity from the start, and I felt we both did really well in that tournament. But Canada is a depth team and it doesn’t just come from two or three guys, it comes from the whole team in different ways," Addison said, adding it took a huge effort from everyone.

The points aside, Cozens felt he played pretty well overall.

"There’s lots of line shuffling and stuff, but when you’re playing with good players it makes it so easy. Just playing with some of those guys made it so easy to play, and I think that I did get better as it went on. Just more comfortable to the style of play of the European teams, and I think I adjusted pretty good," he said.

Addison and Cozens have been teammates in Lethbridge since the 2016-17 season. That year was Addison’s rookie year, and Cozens joined the team as a 15-year-old for the playoffs.

To be able to win World Junior gold together is an experience they’ll remember forever.

Cozens had one of the goals for Canada in their 4-3 come-from-behind victory over Russia in the gold medal game, and says it was one of the biggest goals he’s ever scored.

"It’s up there for sure, but it was crazy. I think right after I scored I blacked out, like, just the excitement and everything – it was unreal," Cozens said.

Both players admit after some time off, they’re ready to get going in the second half with the Hurricanes.

In their absences, Lethbridge went 7-1-2 to position themselves well heading into the second half of the Western Hockey League season.

Even overseas, Cozens and Addison were keeping tabs on their teammates.

"A lot of guys really stepped up here, and that was awesome to see," Cozens said. "Once you get a taste for winning you always just want to win. We know what we want to do here, we know we have what it takes to go all the way, and that’s our goal."