Pedestrian's condition stabilizes after being struck by minivan near SAIT

Pedestrian's condition stabilizes after being struck by minivan near SAIT 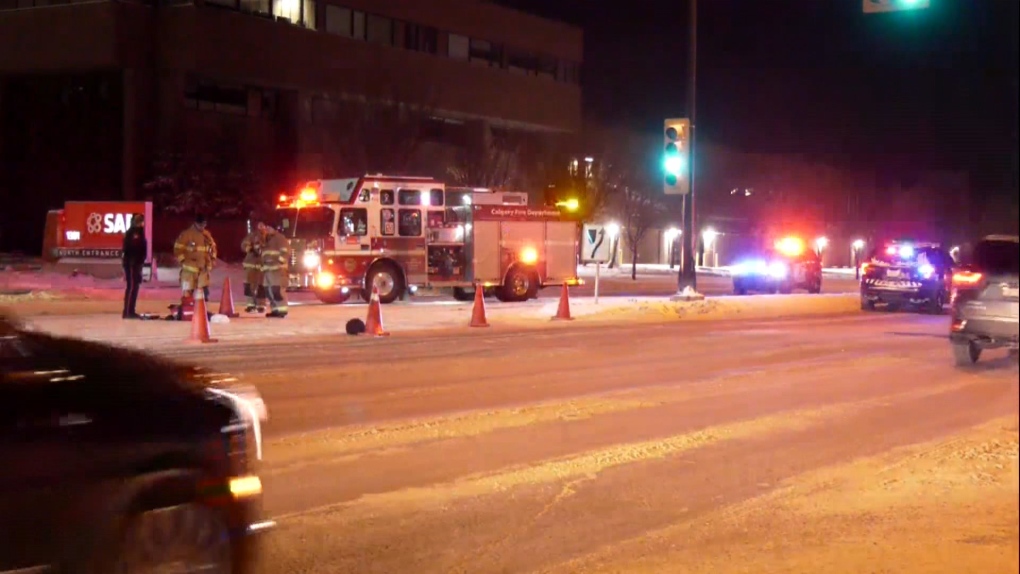 A pedestrian was struck by a minivan on 16th Avenue N.W. near SAIT on Tuesday night.

A section of 16th Avenue N.W. by SAIT was shut down for several hours Tuesday night after a man was hit by a minivan.

Police say a 53-year-old man suffered life-altering injuries in the collision that took place shortly after 8 p.m. at the 12th Street N.W. intersection.

Paramedics transported him to the Foothills Medical Centre in critical condition. As of Wednesday morning, his condition had been upgraded to stable.

Investigators have ruled out impairment on the part of the 39-year-old driver of the Toyota Sienna, who remained on scene and was not seriously injured. Excess speed is also not believed to have been a factor.

Anyone who witnessed the collision or who has dash cam footage from the scene is asked to contact the Calgary Police Service non-emergency line at 403-266-1234.