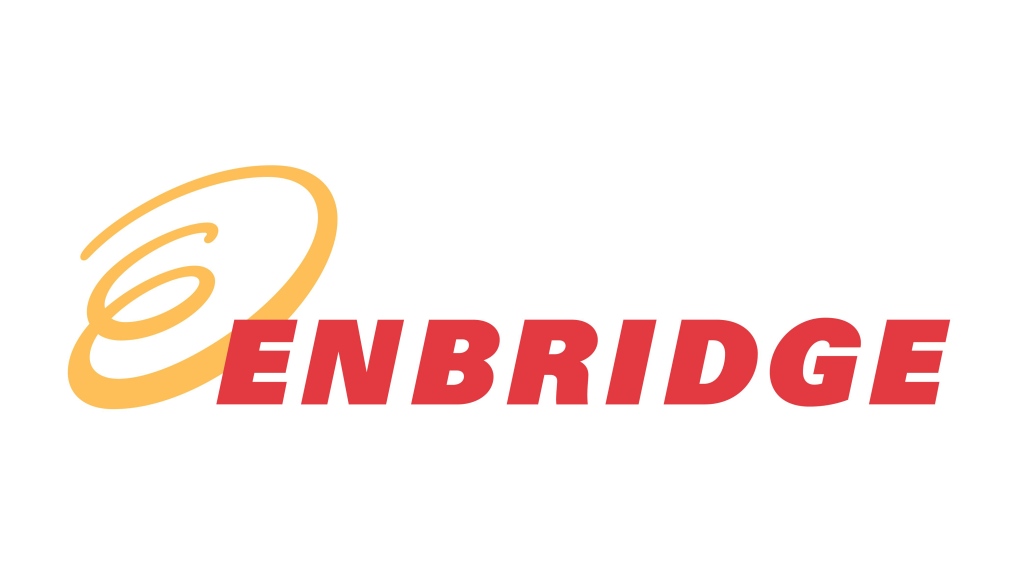 The corporate logo of Enbridge Inc. (TSX:ENB) is shown. (The Canadian Press/HO)

CALGARY -- Enbridge Inc. says it earned $990 million in its latest quarter, up from $949 million in the same quarter last year.

Analysts on average had expected a profit of 53 cents per share, according to financial data firm Refinitiv.

In its outlook, Enbridge says it expects its distributable cash flow per share to be near the midpoint of its original guidance range of $4.50 to $4.80.

It says the outlook reflects its strong performance over the first nine months of the year, costs savings, as well as certain offsetting headwinds anticipated in the fourth quarter.

This report by The Canadian Press was first published Nov. 6, 2020.