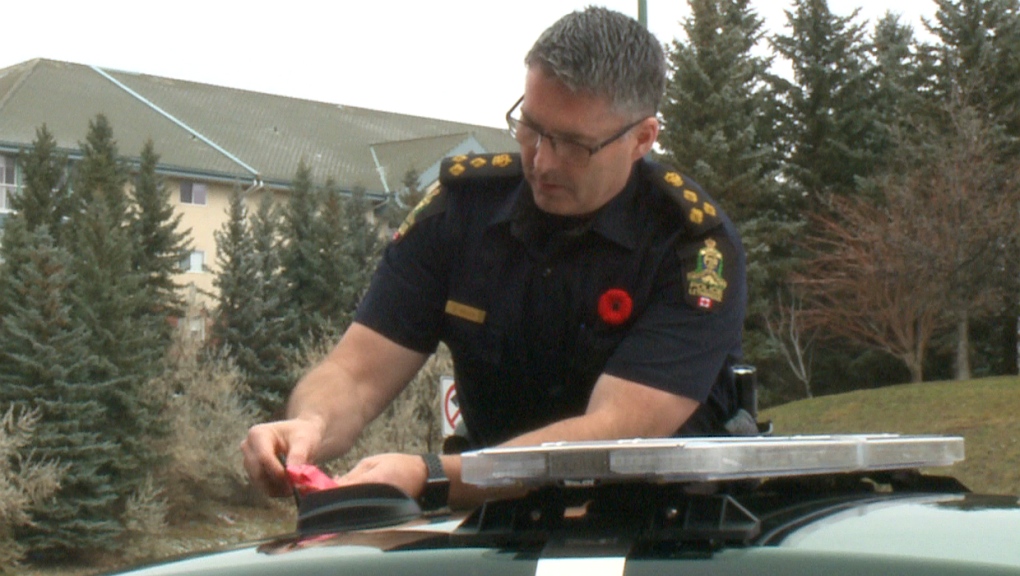 Lethbridge police Chief Scott Woods ties a MADD ribbon on his police cruiser as a reminder for others to not drink and drive.

During the project, red ribbons will be tied to police cruisers and MADD stickers will be placed in the rear windows.

Boxes of ribbons will also be placed around the city for people to tie to their own vehicles.

The ribbons serve as a reminder for intoxicated people to not get in their cars and drive home.

“The ribbon also serves as a powerful tribute to the thousands of victims killed or injured in crashes involving drugs or alcohol,” said Anita Huchala, president of MADD Lethbridge.

The faces of the project, Chanda and Jordan Van de Vorst and their two children, Miguire, two, and Kamryn, five, all died when a drunk driver three times over the legal limit hit their car. 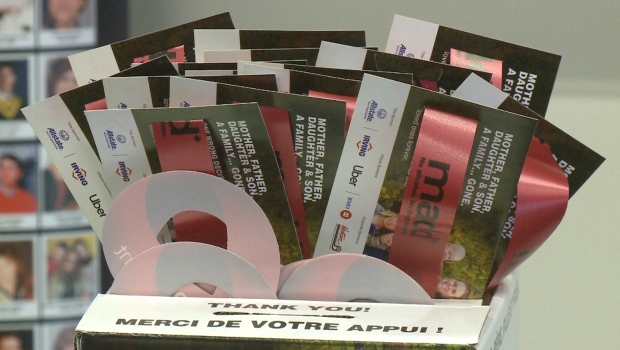 The LPS said incidents like these are all too common, which is why it is partnering with MADD.

“Police and other first responders, we all have unfortunately had to see the effects of impaired driving first hand and what it does to members of our community,” police Chief Scott Woods said.

“We're going to be out in full force again as the Christmas season and holidays approach with checkstops. (We'll) be out checking for impaired drivers.”

According to Woods, impaired driving cases go up in December because of Christmas parties.

With checkstops in place, the LPS advises calling a cab, ride sharing service or a friend to give you a lift home if you have a drink.