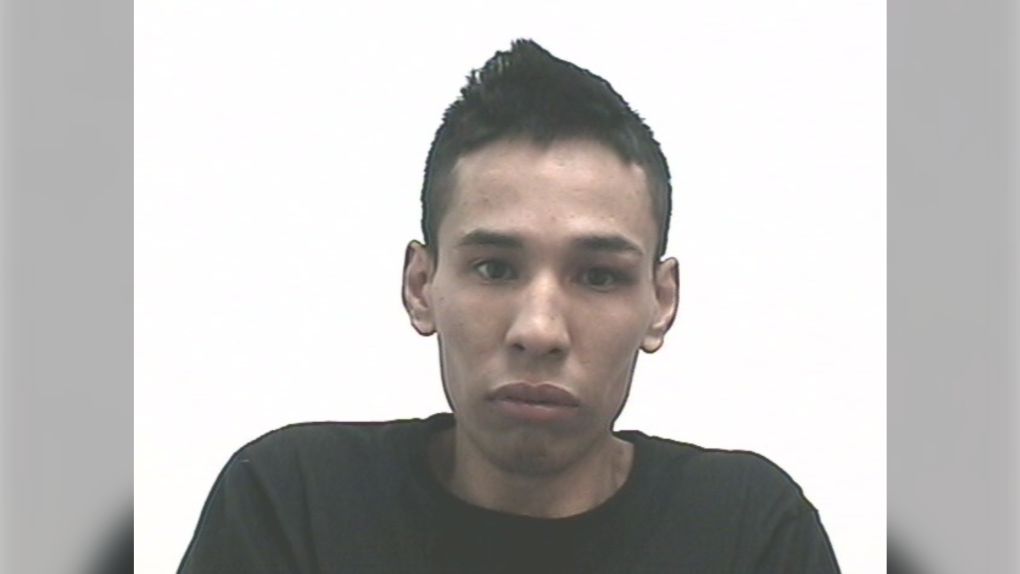 Police are looking for 32-year-old Tyler Lee Wapegan, a suspect in a recent break and enter in southeast Calgary

The Calgary Police Service confirms Tyler Lee Wapegan, the suspect in a July 2 break-and-enter, has been located and arrested.

Calgary police are looking for help from the public to locate a man suspected of breaking into an apartment in southeast Calgary last week.

Last Tuesday, around 3 a.m. a man entered an apartment in the 1300 block of 27th St S.E. by climbing through an open window.

The man walked around the apartment, stole the security camera, then left through the open window without waking two residents who were asleep at the time.

One of the residents woke up at 5 a.m. to a notification on his phone, along with some images of the intruder.

The man contacted police, who were able to identify the suspect as 32-year-old Tyler Lee Wapegan, who was already wanted as a suspect in another break and enter in May.

Wapegan is described as 5' 11" tall, approximately 150 pounds with a slim build, brown eyes and black hair.

Anyone with information about Wapegan's whereabouts is asked to call the Calgary Police Service at 403-266-1234 or Crime Stoppers anonymously using any of the following methods: