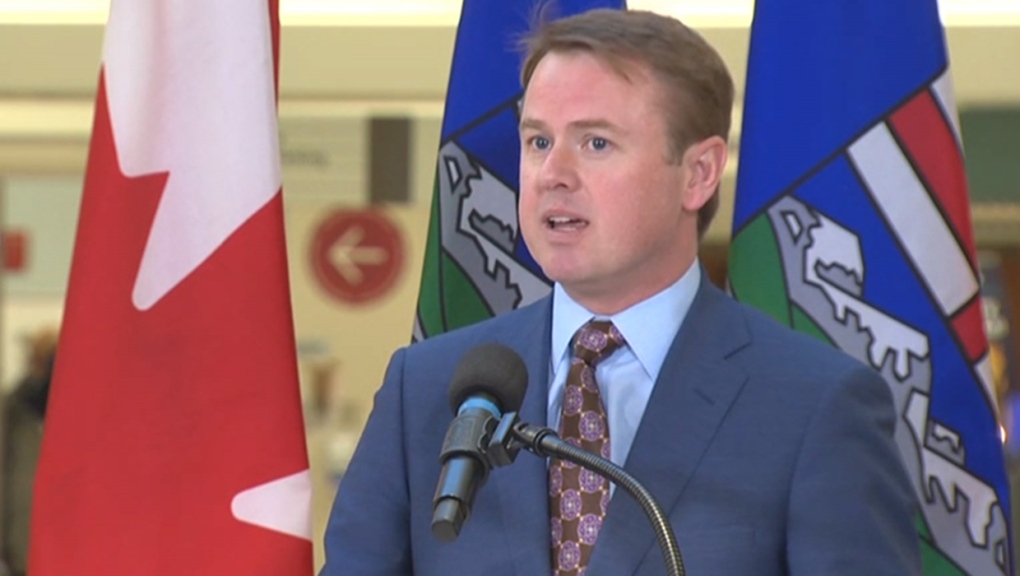 Minister of Health Tyler Shandro at the announcement of upgrades to the Peter Lougheed Centre's emergency department on Feb. 19, 2020. The Alberta government's pandemic response is the lowest rated in the country, according to a survey

CALGARY -- Major changes are coming to the way, and the amount, Alberta physicians are paid.

On Thursday, Health Minister Tyler Shandro announced a new funding framework for doctors after the UCP government and the Alberta Medical Association (AMA) were unable to negotiate a new contract agreement.

Starting in April, the UCP will end its master agreement with the Association and enforce a new payment outline.

That outline is based around 11 main points, including a newly-introduced patient cap and fee rules for extended visits.

Doctors have warned both of those changes will wreak havoc on patient care.

The controversial billing designation known as complex modifiers is also in for an overhaul.

Under Alberta's current fee-for-service model, doctors can bill $41 as a base fee for each patient visit, no matter how short or how long.

A decade ago, Alberta added in an extra fee — called a complex modifier — to recognize that some patients have multiple or complex issues and doctors should be compensated for overly long visits.

If a visit went more than 15 minutes, doctors were able to extend it 10 minutes and bill the province a complex modifier fee of $18, for a total of $59.

As of April 1, 2021, the $18 complex modifier will return but physicians won't be allowed to bill for it until the 25-minute mark.

The AMA has argued the complex modifiers are not only for exceptional cases and take into account all the work — preparation, follow-up and face-to-face time — needed for patients with complex needs. It also says it keeps those patients out of the hospital.

The issue has riled up some doctors, many of whom have put up signs warning patients they may have to cut future visits short to recoup funds needed to keep their practices going.

Shandro's ministry says the change is necessary for two reasons: more time is needed to assess complex patients and the current complex modifier is being abused, with too many doctors billing the $59 right at the 15-minute mark.

The new framework will also freeze physician funding at $5.4 billion annually. Shandro says it’s expected to prevent $2 billion in added costs over the current fiscal year and the three years after that.

According to the government, "a few physicians will experience a significant impact, particularly in 2020-21, upon implementation of the Framework."

In September, Alberta Health notified the AMA it wanted a new agreement.

After months of negotiations, a mediator was brought in to help the process. After two weeks of mediation, the sides could not reach a resolution.