Residents complain about lack of accessibility for wheelchair users

CALGARY -- Llano Gorman has lived in his Glendale Meadows home for more than 30 years.

He has had more than a dozen surgeries on his legs, which has made him rely on a wheelchair and electric scooter for mobility.

He says accessing sidewalks,or even crossing the street, can be a real challenge.

“We shouldn’t - as anybody that needs a ramp - (have to) fight the city for years to get it done,” said Gorman.

Gorman has wanted the access to wheelchair ramps at many of his neighbourhoods’ intersections, making progress on some, but not others.

“When it's a safety issue, it's a concern for all,” said Gorman.

“The disabled have to get around the city too.” 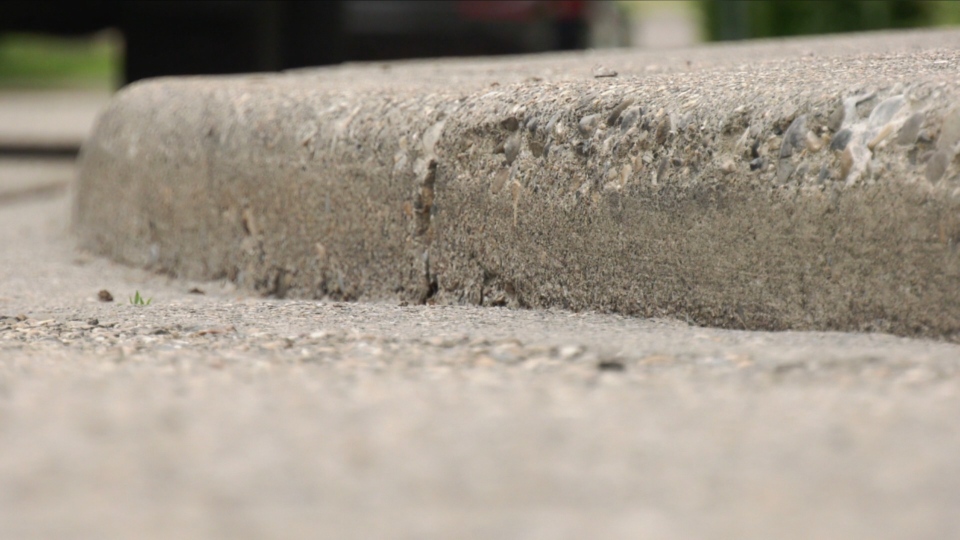 Gorman says some corners don’t have any ramps,  just a curb. He says he has to travel down a residential street, to safely get off the sidewalk, before turning around to get to the other side.

Last week he fell off his scooter, injuring himself. He says he was taken to hospital.

“I hit the lip, I bounced and then I hit the persons' lawn, which was big and the cart tipped and I went off into traffic,” said Gorman.

Gorman has also called out the city for placing crosswalk posts in the middle of sidewalks.

“Highly ignorant,” said Gorman. referring to a new crosswalk signal at Crowchild Trail and 5th Avenue, where he says there's only 80 cm (33 inches) of space between the edge of the sidewalk and the base of the post planted in the middle of the sidewalk, creating less than a metre of space, making it impossible for people with strollers, wheelchairs or electric scooters to get around. 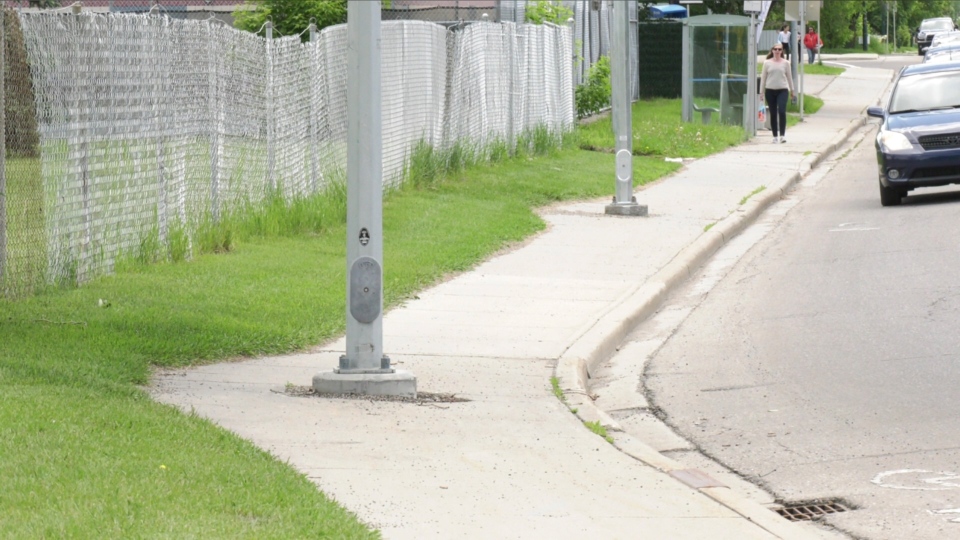 That haphazard design means some who are wheelchair users, have to go on the road, to cross the busy intersection.

“Logically you just don’t put a post in the middle of a very narrow sidewalk that's on a busy street,” said Richard White, a writer and smart urban development advocate.

“We shouldn’t have beg buttons, it should just be automatic, that would mean we wouldn’t need these posts,” White says.

Gorman says the planning was poor.

“If I have to go into traffic and get killed, where’s the common sense?” he asked.

The City of Calgary says it has $14 million dedicated to its concrete programs in its operating and capital budgets.

Wheelchair ramps fall under the capital budget, which is $7.7 million for 2020.

A little more than $1 million goes to constructing new wheelchair ramps, which equates to 300-400 new ramps this year, with high priority locations being constructed first.

The city says in a statement that “before construction begins, designs are reviewed by city departments to provide feedback and guidance based on design guidelines, current standards and strategies.”

“While there are certain restrictions amidst construction in already-developed areas (such as the presence of adjacent properties and utilities), pedestrian safety and accessibility remain key considerations in our designs and the Crowchild Trail and 5 Avenue N.W. intersection is no exception” the statement read.

The Crowchild Trail Study medium-term plan, which is currently unfunded, is spread out over more than 10 years and includes the removal of signals along Crowchild Trail and the construction of new interchanges at Kensington Road N.W., 5 Avenue N.W., 16 Avenue N.W./University Drive N.W., and at 24 Avenue N.W.