Severe thunderstorm ends for Calgary ahead of Stampede Sneak-a-Peek

Severe thunderstorm ends for Calgary ahead of Stampede Sneak-a-Peek 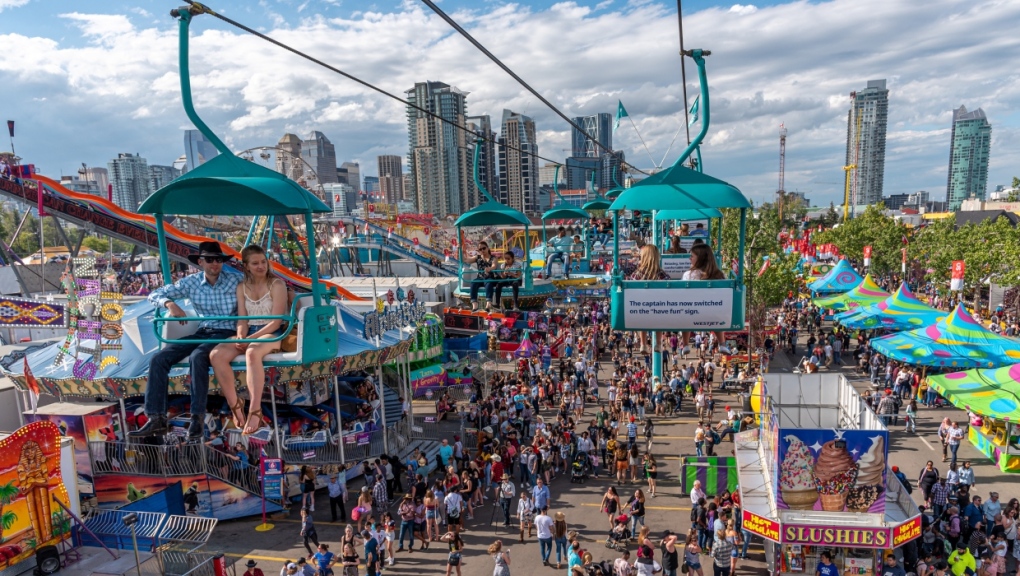 An ariel view of the Calgary Stampede grounds taken from the WestJet Skyride. (Getty Images)

Cowpoke eagerly awaiting entry to the 2022 Calgary Stampede may be in for some wet weather.

Environment and Climate Change Canada issued a severe thunderstorm watch for Calgary and the surrounding area on Thursday, hours before the gates to the Stampede grounds open for Sneak-A-Peek.

Severe thunderstorm watches are issued when atmospheric conditions are favourable for the development of thunderstorms that could produce large hail, damaging winds and torrential rainfall.

The thunderstorm watch ended shortly after 4 p.m., though it was replaced with a tornado watch.

Though the Stampede Parade on Friday signals the official start of festivities, Thursday at 5 p.m. the gates on the grounds swing open to give people the chance to check out the midway early.

Sneak-a-Peek runs from 5 p.m. until midnight, but indoor attractions and commercial exhibits close at 11 p.m.

A B.C. man who admitted to attacking his pet kitten so brutally the animal had to be euthanized has been sentenced to spend four months behind bars.