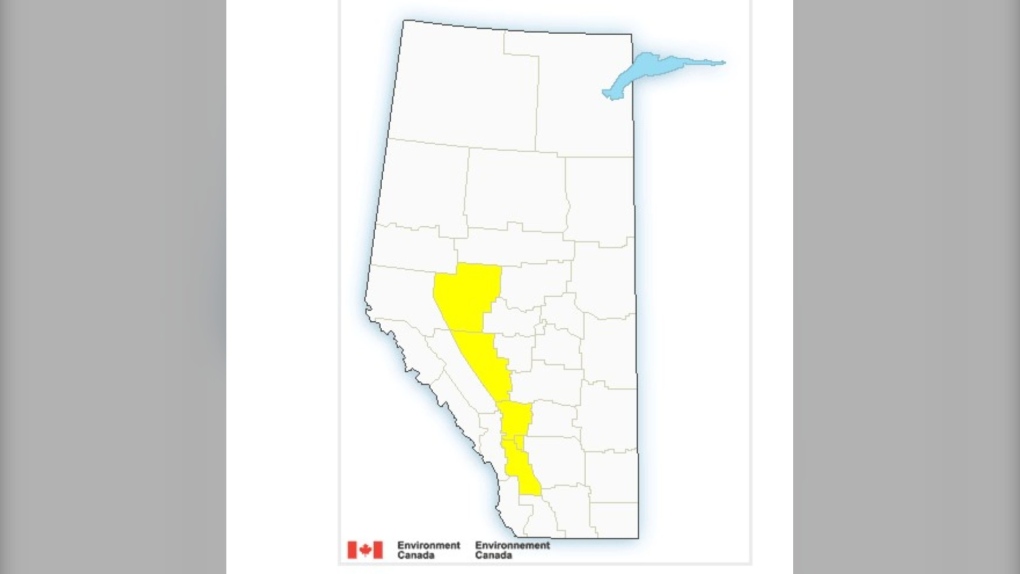 Parts of central and southern Alberta are under a severe thunderstorm watch on Thursday.

CALGARY -- Severe thunderstorm warnings and watches are again in place for parts of central and southern Alberta.

Areas under a watch include:

A severe thunderstorm watch was upgraded to a warning for the Whitecourt, Edson, Fox Creek and Swan Hills areas just before 2 p.m. but that was soon downgraded back to a watch.

"Conditions are favourable for the development of severe thunderstorms that may be capable of producing strong wind gusts, large hail and heavy rain," reads the warning.

A watch is a lower rating than a warning.

Environment Canada confirmed four tornadoes touched down in the province during storm activity on Tuesday.

And earlier this week, the Insurance Bureau of Canada said a mid-June hailstorm that swept over Calgary caused $1.2 billion in damage, making it the fourth costliest natural disaster in Canadian history.

Anyone who photographs or captures video of tornadoes, funnel clouds or storm damage is asked to email Environment Canada or phone the agency at 1-800-239-0484.