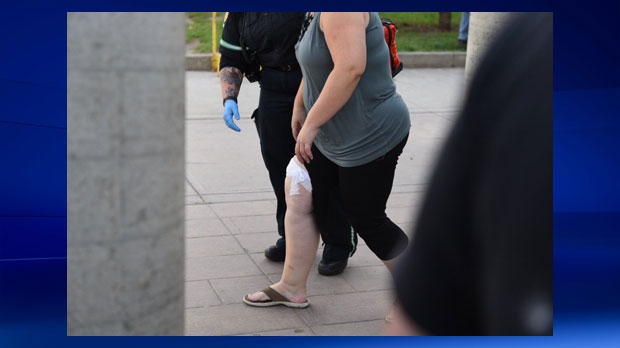 Two people have been injured following a late afternoon shooting in Prairie Mall in Grande Prairie.

Emergency crews responded to the mall at approximately 5:00 p.m.

According to witness William Vavrek, a photojournalist, a woman suffered a gunshot wound to the leg while a man was transported on a strecher to an awaiting ambulance with undisclosed injuries.

RCMP have evacuated the mall and the shopping centre remains under a lockdown.

No information has been released regarding the identity of the shooter.