Dozens of illegally-placed signs advertising local businesses can be viewed as far as the eye can see along Calgary's Métis Trail, Country Hills Boulevard and other major roadways in the northeast, prompting an area city councillor to raise safety concerns.

Ward 5 Coun. Raj Dhaliwal says the signage does not comply with the city’s Temporary Signs on Highways Bylaw 29M97, which forbids the use of signage along major roads.

The bylaw specifically prohibits signs along Métis Trail from McKnight Boulevard to Stoney Trail, but no one appears to be following the rules.

"There’s tons of signage, and my residents are fed up with it because it’s a visual distraction," said Dhaliwal.

"Sometimes signs are so close to the intersection that you can't really even see the other side of the street, and sometimes if you want to take a left turn, you don't have a clear vision of the car or vehicles that are coming – so it's a big safety concern."

Dhaliwal adds that in the month of March alone, his Ward 5 received 131 complaints of illegal signs, and that some of the complaints are for multiple signs from a single business.

"I’m not getting any answers from the city. The city has all these fine structures, but what I’m struggling to understand is how they are enforcing it," he said.

"For example, a business could make $1,000 in sales off their sign and then get maybe a $150 fine, and that’s a slap on the wrist. We have to be more stringent with how we apply bylaws and make strict penalties." 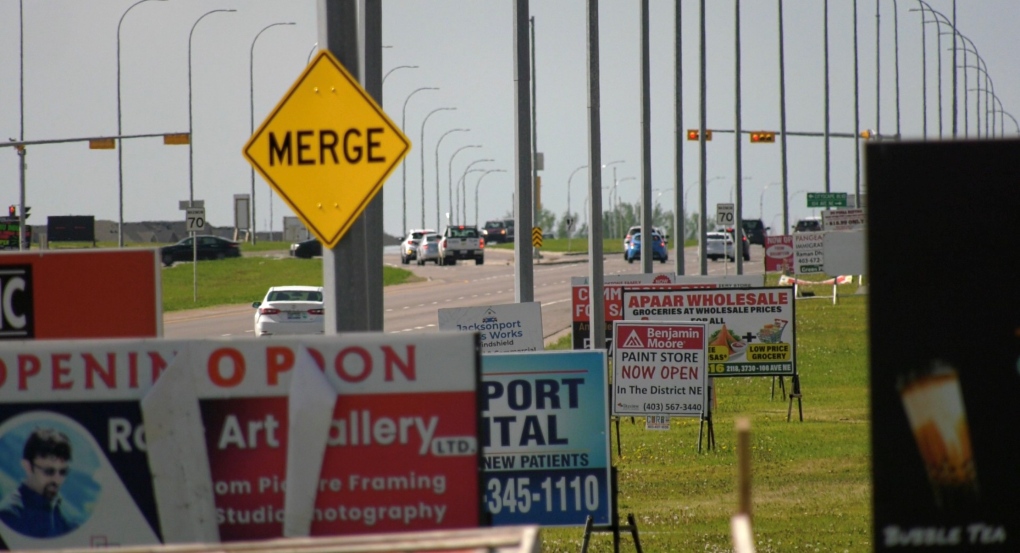 Ward 5 Coun. Raj Dhaliwal says plenty of signage in northeast Calgary does not comply with the city’s temporary sign bylaw.

Calgary Community Services general manager Katie Black says the city is aware of illegal signage on major roadways across the city and is working on solutions to fix the issue.

"We are working right now with our peace officer team to develop some really great proactive strategies," she said.

"We're seizing illegally placed signs, we're issuing fines for individuals or businesses that continue to place signs illegally along streets. We are also reviewing the fee schedule to make sure that the costs that we are charging are appropriately covering the costs of undertaking this kind of enforcement."

Black encourages any Calgarian with a complaint about illegal signage to report it and call 311 and says anyone seeking additional information can go to calgary.ca for more information on how the city handles illegal signs.

Fines for putting up an illegal sign can range anywhere from $75 to $1,000. according to the city.

"In specific regard to Metis Trail, officers will be conducting a sweep of roadways with high concentrations of signs in the NE (northeast).  Signs will be seized and charges will be issued to the offending businesses/owners. Charges may range anywhere from $125 to thousands of dollars per sign depending on the specific infraction, and business owners will even potentially face higher fines up to $10,000s while having to speak to the matter in court.

"We are aware of the concerns brought forward from communities impacted by this matter and we are committed to curbing this issue on our roadways." 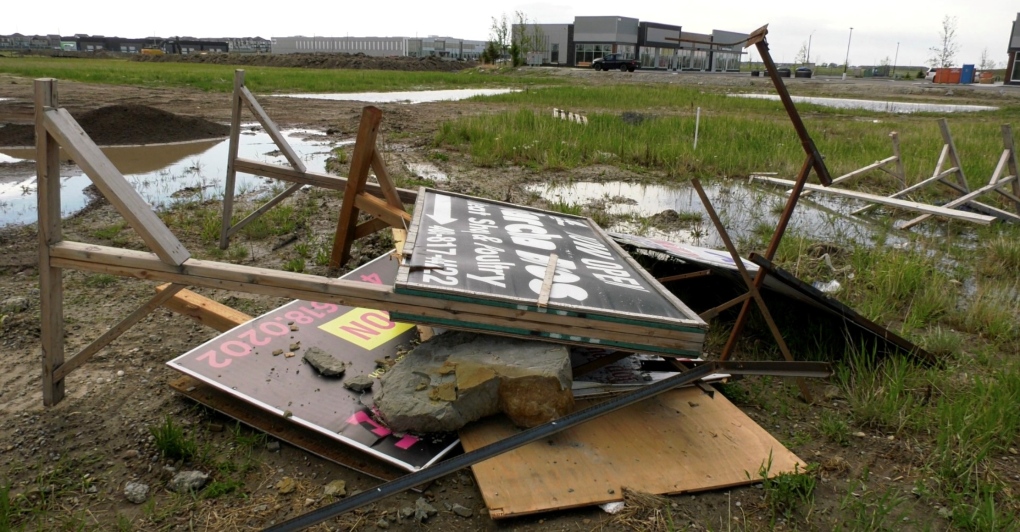 Ward 5 Coun. Raj Dhaliwal says plenty of signage in northeast Calgary does not comply with the city’s temporary sign bylaw.

The City of Calgary has outlined the following rules and regulations under its Temporary Signs Bylaw which include temporary signs, mobile community signs, elections signs and signs that advertise a service.

A temporary sign is not legally placed if it:

A temporary sign is not legally attached if it is:

In addition, a temporary sign is not legal if it: