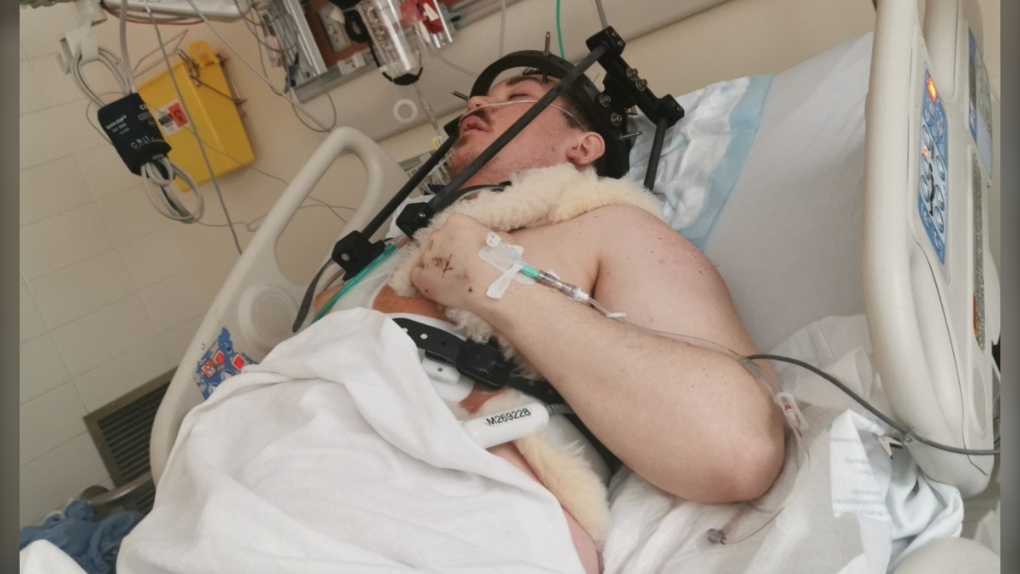 Dorian Gladue was airlifted to the Foothills Medical Centre after suffering numerous breaks during a fatal crash near Taber on Jan. 10, 2020 (GoFundMe)

LETHBRIDGE -- RCMP officials confirm the six survivors of Friday morning's fatal crash on Highway 36 remain in hospital and are considered to be in stable condition.

Shortly after 7 a.m., a southbound pickup truck and a northbound passenger van collided on the highway between the towns of Vauxhall and Taber.

A 31-year-old man from Saskatoon, who was driving the pickup truck, was pronounced dead on scene.

The people in the van were members of a construction crew employed by Belectric Canada Solar Inc. who were travelling from their accommodations in Taber to a solar plant construction site near Vauxhall.

RCMP confirmed the six passengers in hospital were in stable condition as of Saturday.

The investigation into the deadly crash continues.

A GoFundMe campaign has been created to support the family of Dorian Gladue who was airlifted from the crash scene to the Foothills Medical Centre. According to the fundraising campaign, the father of three young children suffered broken legs, broken hips, multiple breaks to his pelvis, neck fractures and internal bleeding as a result of the crash. 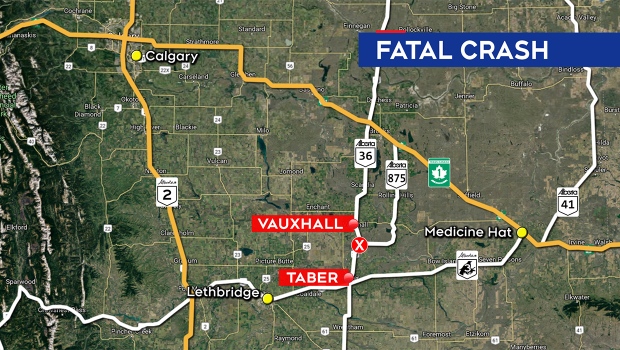