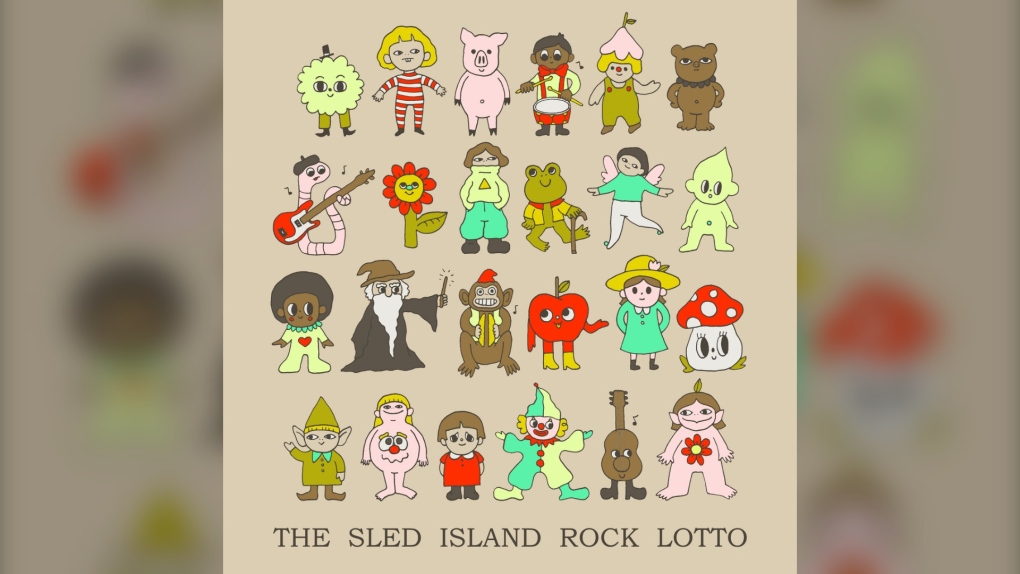 The Sled Island Rock Lotto album features music from 45 musicians from all over Canada. (Supplied)
CALGARY -

Sled Island is one of Western Canada's largest independent music and arts festivals and is well known by Calgary music lovers as a celebration and showcase of the best emerging and established local talent alongside international sensations.

This year due to the pandemic, Sled Island organizers made the unfortunate but uavoidable decision to postpone the annual five-day festival. In an effort to continue to support the musicians and their fans, organizers came up with an idea.

Sled Island Rock Lotto which has been a highlight of the festival in previous years makes a triumphant return in a new format. A press release from the Sled team spells it out:

"Like the annual live tradition it's based on, these bands were formed by drawing the names of the 45 participating musicians from across Canada at random, but this time they were tasked with writing and recording a brand-new song solely by sending ideas and tracks to each other from afar. Many of these brave and fearless bands will have released a song together before ever meeting each other in person!"

CTV News met up with Marlaena Moore, one of the rock lotto participants to get her take on the ambitious project.

"The fine folks at Sled just reached out (to me) and said, ‘We can't really do sled this year, so let's try something different.’” Moore said. “They reached out to a bunch of different musicians and asked if they'd be interested in meeting up with strangers over the internet and somehow making up bands and releasing a song to be released on a comp and it sounded just wild enough to work, you know?”

Moore said this was the first time she had ever attempted to write a song with remote collaborators but the whole process proved to be fun.

“We were meeting like once a week over Zoom and it was very sweet because it was so collaborative in the sense that, like, each piece of the puzzle of the song was fully contributed by someone.”

It's no secret that touring musicians were hit hard by the pandemic and the restrictions that caused a complete shutdown of most, if not all live music venues. Moore reflects on the time as being difficult but also eye opening.

“It was nice in some ways to have time to be creative, but at the same time, a pandemic does not equal a residency,” she said. “I think that kinda tripped a lot of people out too, that you have to be creative if you’re given a lot of time and not factoring in that this pandemic causes so much anxiety and depression and stress.”

Despite those struggles Moore and her collaborators Matthew Cardinal, Jamie Radu, Thomas Englund and Nick Schofield formed the supergroup ‘Casual Fridays’ and in the course of one month produced an indie-pop song Sure Thing, which is now featured on the Sled Island Rock Lotto Album.

Moore says the group wanted to do something fun and dancey and drew influence from bands like Talk Talk and Blondie.

“The appeal is being able to make something that you wouldn't normally make with people that you may not normally jam with.”

The full album was released on Aug. 6 and is available to stream or purchase on the Sled Island Webpage, and on Bandcamp.

Details can be found online.