CALGARY -- While most of Alberta is experiencing Stage 1 of the province’s plan to reopen the economy, some Calgary establishments have to keep the doors closed for a little while longer.

Both Calgary and Brooks have the lion’s share of Alberta’s positive cases of COVID-19, at 75 per cent of the provincial total.

Salons and barbershops in Calgary are on the list of businesses that are being told to hold off from resuming operations until May 25.

“We got phone calls right away. Like literally minutes after,” said Tony Allocca, owner of Curious hair boutique, describing the initial anticipation from customers who had hoped to book appointments for May 14.

“It’s very frustrating for everybody all around because everybody wants to get back to some sort of normal.”

Jeff Davison, Calgary Councillor for Ward 6, said he was disappointed for the local businesses that hoped to reopen with the rest of the province but couldn’t.

“Calgary is a hot bed (for COVID-19) but at the same time I really do feel like the communications could have been better here. I think a lot of these businesses were depending on the fact they would be opening.”

However, some retail businesses were able to open up shop.

CF Chinook Centre experienced a line up of roughly 100 people ahead of the mall reopening Thursday morning.

About 50 of the mall’s 220 stores were back in business today, according to management.

“It’s sort of those baby steps as we kind of make sure everyone is safe and secure in Calgary and beyond,” said Chinook's general manager Paige O’Neill. 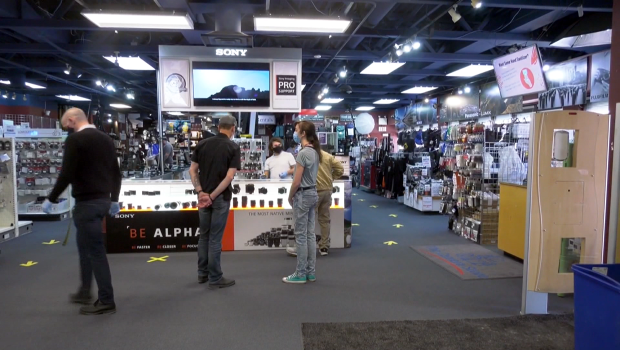 The shopping centre has added increased security, sanitization stations, and markings on the floor to ensure physical distancing at two metres.

“Each (store) will have a limited amount of capacity within their stores, so there will be queuing up outside,” said O’Neill.

“We appreciate everyone’s patience. Its going to be a little bit of a different picture around the shopping centre for a while."

Smaller retailers such as The Camera Store in the Beltline neighbourhood saw a steady stream of business return.

“Being able to hire some staff back and get some semblance of normality is a good thing,” said manager Julian Ferreira.