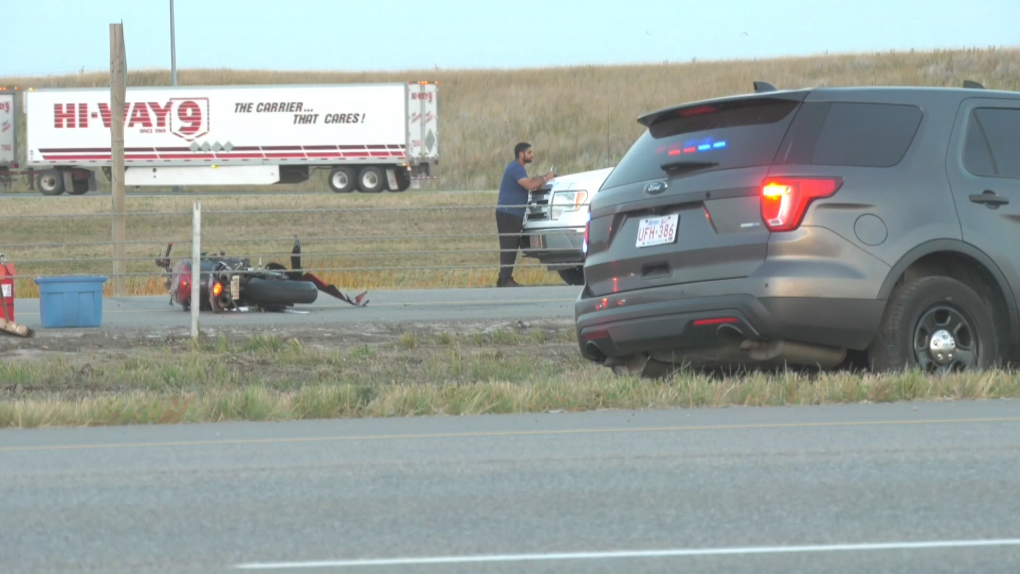 Emergency crews on the scene of a Sept. 28 crash on northbound Stoney Trail near the 17th Avenue S.E. interchange that claimed the life of a motorcyclist.

First responders were called regarding the crash around 6:40 p.m., and by 7 p.m. had blocked off northbound Stoney Trail approaching the 17th Avenue S.E. overpass.

Police on Thursday said a motorcycle collided with the back of an SUV, then with the cable barrier along Stoney Trail.

The motorcycle rider, a 48-year-old man, died at the scene.

The driver of the SUV, a 27-year-old woman, wasn't injured. Police say she remained at the scene.

Police say the motorcycle's speed at the time of the crash is considered to be a factor, and there is no indication alcohol or drugs were factors.

Investigation into the incident continues, and police are asking anyone with dash cam footage to come forward.