The Mac's hockey tournament is a holiday tradition in Calgary and is considered one of the best U18AAA tournaments in the world.  Some of the best players in the world have played in this event and gone on to have outstanding NHL careers, including Sidney Crosby, Jarome Iginla, Ryan Nugent-Hopkins, Zach Parise and Mike Vernon to name a few.

Mac's general manager Jesse Hale, leading the tournament for the first time, said there's a real buzz in the hockey community about its return.

"I'm excited about it, just a couple of weeks away," Hale told CTV.

"They got some great teams and the social media buzz around our account has been buzzing as well so I think people are excited to get back to the rink and watch this tournament."

2019 winners the Calgary Buffaloes are the defending Champs. Captain Ethan Coventry said he knows the 12-7-1 Buffs will have a target on their backs as they try to repeat in 2021.

"Knowing that target is going to be on our backs we're prepared for it as a team," said the 17-year-old.

"We've got good experience on this team," Coventry added.  "We have a few kids that got called up so they know what it takes.

"And obviously our coach (Brent Harrison) knows what it takes and our coaching staff as well." 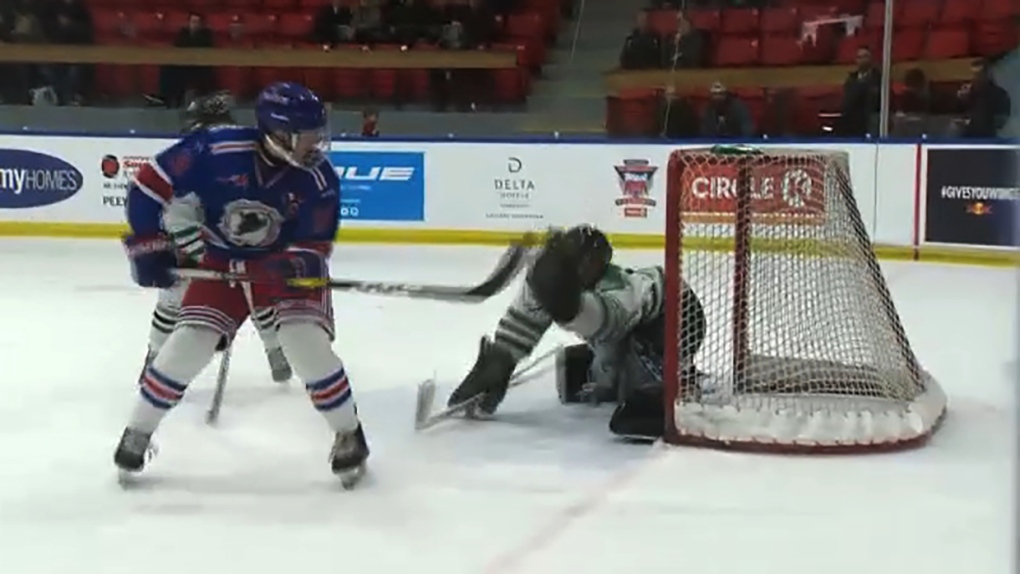 FLAMES BEST IN THE SOUTH

The Calgary Flames are the top team in the Alberta Elite League's South Division with a 13-4-4 record.

Captain Kyler Smith said he likes his teams' chances heading into the Mac's.

"We're a strong team and look forward to the competition," Smith said.

"We've got a great group of guys and hopefully we'll go out there and win it."

ROYALS READY TO TURN IT UP A NOTCH

The Calgary Royals are 8-1-2 on the season and in sixth place in the standings.

Royals' captain Matteo Danis is playing in the Mac's for the very first time and believes his team can get on a roll.

"I think we're going to build up especially this month and come together even more as a team.

"Honestly anything less than winning the Mac's we're going to be disappointed so we can't wait."

NORTHSTARS LOOKING TO GET HOT

The Calgary Northstars are in 5th place in the Calgary Elite Hockey Leagues South Division standings. Their record is 8-9-2.

Even though they're under .500 right now, Captain Jackson Rowland thinks they can do some damage at the Mac's.

"Not the best start that we wanted to the season," Rowlands said, "but we're coming into this tournament and see how many wins we can get."

For the first time, the Mac's is welcoming teams from the Canadian Sport School Academy, which means the Edge School will make its debut this season.

Hale said it was important to add these teams.

"That was one of our main changes I think you could call it from previous years with the year off," Hale said.

"We want to have this tournament become a best-on-best event."

30 teams split up into six divisions will take part in this years Mac's tournament.

Games will be played at Max Bell, Father David Bauer, and Seven Chiefs Sportsplex. Flames Community Arena and the final will be held at the Saddledome.

Play begins on December 27, with the championship game set for January 2nd.