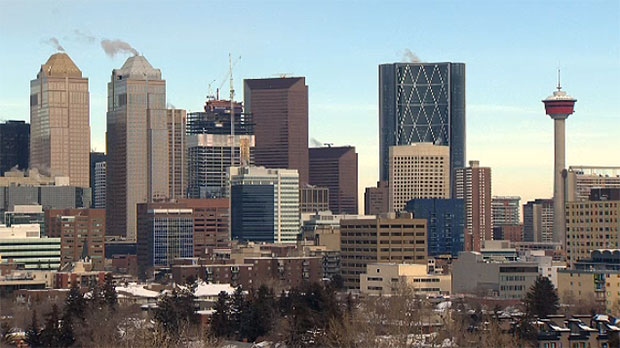 Thousands of Albertans have lost their jobs since the price of oil tanked and many are wondering if a skinnier work force is the new reality.

Those three words were said to me recently.  I didn’t think much of it at the time, but in the days since I’ve been obsessing over them. The past few years I’ve worked hard to change my life.  I was eating better, exercising regularly, getting plenty of sleep.  That’s no longer my reality and those words brought it all crashing down.  I look tired because I am tired - the stress of the past 14 months is clearly catching up with me.

Like so many Albertans, my family has been impacted by the economic downturn.  My husband is a machinist who hasn’t been putting those skills to work for 14 months. He’s one of over 18,000 Calgarians who have been given pink slips in the past year.

But he’s one of the lucky ones.  He found a job after getting laid off – the same one he had when we first met. On a good week he gets full time hours, most weeks he does not.  He’s making minimum wage.  He’s 52.

I’m one of the lucky ones too.  I have two jobs with the option of working as many hours as physically possible.  That allows me to pay our bills and still put some money away for retirement.  Not much is left after that.

The problem is, most days I don’t feel lucky.  It feels like the rules of the life we’ve all been working towards have been turned upside down.  And I’m reminded of that every day as I produce the CTV News at 5.  In the past year we have covered countless stories connected to the economy:  more job losses, falling housing prices, increased calls to the distress centre. There have been some uplifting stories too but it’s hard to see the silver lining when that doesn’t feel like your reality.

So where does it go from here? Does anyone have that answer?  I don’t think so.

So for now I’ll try harder to focus on the small things, the things that can add happiness to my life so I can worry a little less.  I’ll go for more walks, appreciate the love and support I have in my life, and hope eventually the tiredness I feel shows a little less on my face.