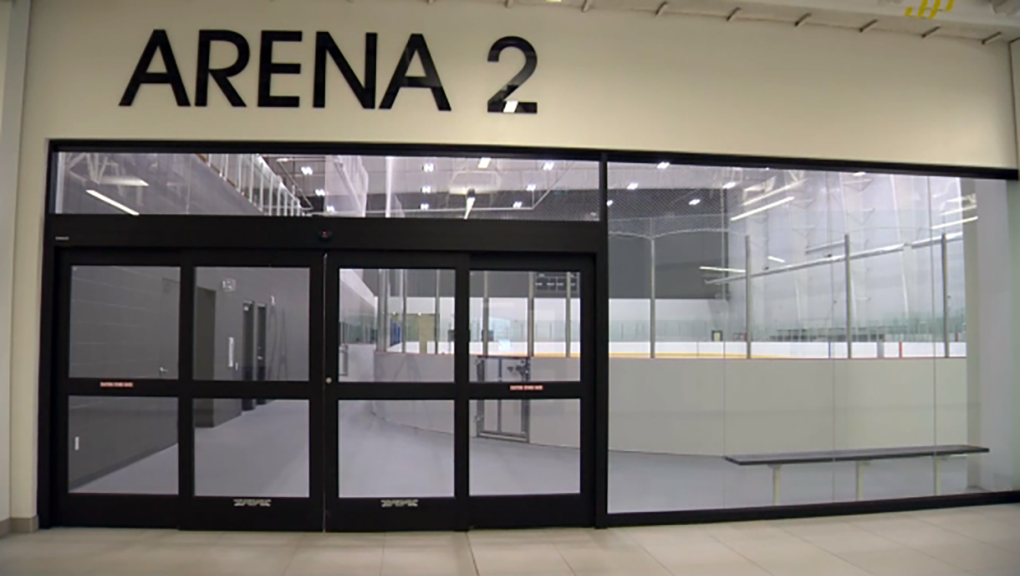 One of the two arenas has seating capacity for up to 5000 spectators.

Construction has finally finished on a state-of-the-art sports complex on the Tsuut’ina Nation.

Band officials hope the complex serves not only as a community hub, but also as a bridge to other communities where families can meet through shared interests.

“The Chief Jim Starlight Centre will definitely be able to meet that capacity need,” said Brenden Crane, project manager for Tsuut’ina Nation. “It can host up to 5,000 spectators, I can see them bringing in special events in here, no problem, whether it’s international or even just to our partners over there in the City of Calgary.”

Chief Lee Crowchild says the space is practical but also symbolic of a new relationship with the city.

“In the last five years, there have been moves toward reconciliation,” he said. “We are moving forward at a pace where development is just going to happen and because of that it’s important that we reach out to our neighbours.”

The old arena was knocked down to allow for construction of the ring road. While it was hard to do without a centre for three years, Crane says it was more than worth it.

“We felt like we all accomplished something as a Nation,” he said. “It’s almost like the beginning of a new era, not only for the athletes of the community but for the Tsuut’ina’s economic greatness.”

Features of the new facility include:

The Sportsplex was built in phases and is just south of the new ring road.

You can find out more on the centre’s website.