Wes Heffernan is one of Calgary's all time great golfers.  Until Friday, one championship that he had never won was the PGA Championship of Canada.

That all changed last week at the Beacon Hall Golf Club in Aurora, Ontario.

Heffernan finished the tournament at 10 under par and beat his nearest competitor, veteran Jim Rutledge by five strokes.

Heffernan said it was a satisfying win.

"It's kind of our major.  It's our national championship at the PGA level," the 45-year-old said.

"It's as big as it gets in Canada and for me probably the one event that I focus on and try to peak for the most.  Being at the start of the year it's tough to peak right away but I did play extremely well so I'm very happy to win it."

Heffernan took time to look at the trophy after he won and couldn't help but notice the names that were on it.

Arnold Palmer has his name engraved on it.  So does Lee Trevino and Moe Norman.

Heffernan said there's a lot of history to this event.

"The Alberta Open is kind of the same," he said.  "It has a storied past too and there's some pretty cool guy s on there like Moe Norman that you just mentioned," he said. 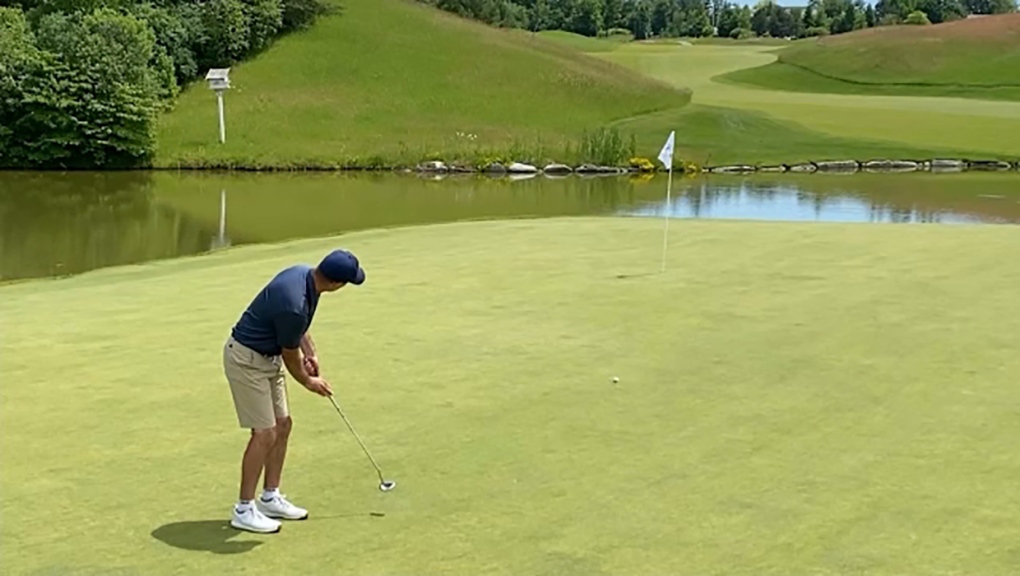 Heffernan joined Arnold Palmer, Lee Trevino and Moe Norman, among 99 others, as a PGA of Canada champion, recording four birdies and three bogeys to shoot a one under 71, defeating Jim Rutledge by five shots.

Heffernan is the third straight Calgarian to win the title.  Dustin Risdon won the Championship in 2019.  The event was cancelled in 2020 due to COVID.   In 2021, Riley Fleming took home the title.

Heffernan said he and Fleming really push each other and they make each other better golfers.

"It's really cool and specifically Riley won everything last year so in all of our events I'm always chasing him and trying to beat him. He's really tough to beat so it's helped me a lot trying to chase him down and I was lucky enough to win this year."

BUSY START TO THE YEAR

It's been a busy year so far for Heffernan.  He also played in the Canadian open won a few weeks ago by Rory McIlroy.

Heffernan said even though he didn't make the cut it was good for his game because he got to go up against some of the best golfers in the world.

"I hadn't played (The Canadian Open) in 11 years.  Rory actually won the last event that I played in 2011. I think for me specifically it really helped me win the tournament last week because I was able to play under those kinds of conditions against five or so of the best players in the world."