If you’ve been noticing walkways, parks and other public spaces in Calgary that seem a bit less maintained than previous years this summer, you’re not imagining things.

Parts of the city are less-kept for a variety of reasons. A very rainy June slowed down landscaping work, the city is in the midst of a reorganization of roles in the parks department, cuts to the budget made as a result of the COVID-19 pandemic and a shifted focus on naturalizing some areas.

Ward seven councillor Terry Wong said he’s received a number of complaints and concerns about the state of some popular parks and walkways.

"We’ve received calls in particular about the West Hillhurst Community Centre, they’ve got a large ball diamond and park area and the grass hadn’t been mowed in a long time so most recently, we've been called upon to say, you know, kids are really chipping on the grass and that sort of thing. So, that is something that's concerned us and we've, we've spoken about that to parks," he said. "It’s a combination of the reorganization and the contracting issues."

Wong said the city was forced to make some budget cuts that impacted the parks department due to the COVID-19 pandemic, adding that restoring funding is something that will be reconsidered in the next budget cycle.

Sections of Calgary parks and open spaces are being naturalized by reintroducing native plant species with a city goal of restoring 20 per cent of Calgary’s open spaces by 2025.

Naturalization projects are taking place along 16th Avenue N.E., Bridgeland, Memorial Drive and Coach Hill. According to the city, doing so has many benefits including lower maintenance costs, creation of habitat for urban wildlife and a greater ability to respond to extreme weather and climate change. 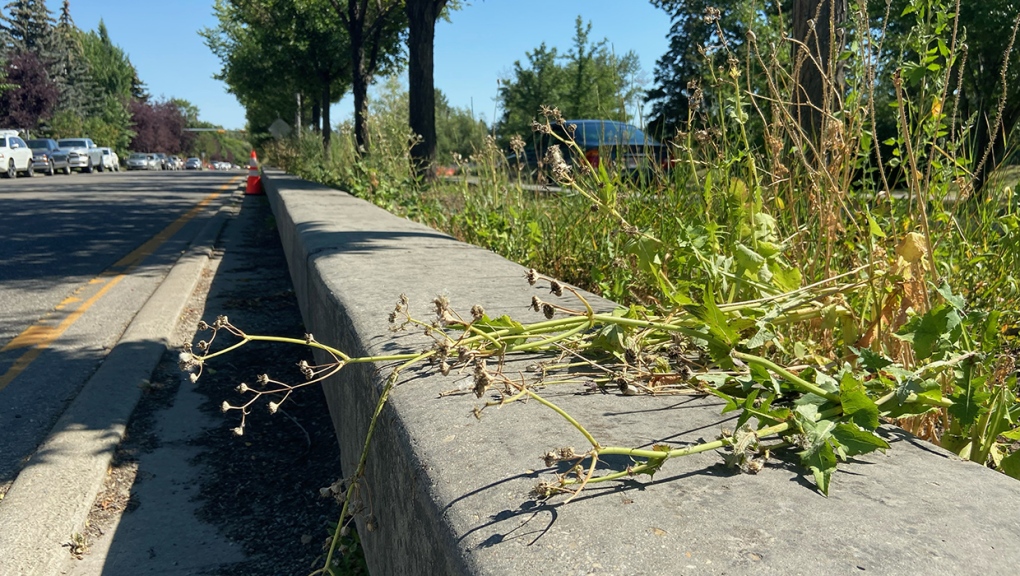 Wong says the city was forced to make some budget cuts that impacted the parks department due to the COVID-19 pandemic and says restoring that funding is something that will be reconsidered in the next budget cycle.

Dylan Delorenzo recently moved to Calgary from Edmonton and says he’s appreciates the city is trying to strike a balance but also needs to keep the city appealing to draw new people, such as himself, in.

"It’s nice to see nice things but it’s also nice to put the environment first," he said. "Especially coming from Edmonton and other areas Calgary is definitely a bit nicer on that side of things so I think you want to keep that ranking high and your motivation high for the city to look nice."

Longtime Calgary resident Vita Campmann said she’s noticed overgrown grass and weeds throughout parts to the city but says it hasn’t bothered her much.

"I think there is bigger fish we need to fry honesty,” she said. “I mean maybe in the main public part, keep our city looking nice but honestly at least for me anyways it hasn’t been a huge concern I’ve noticed."