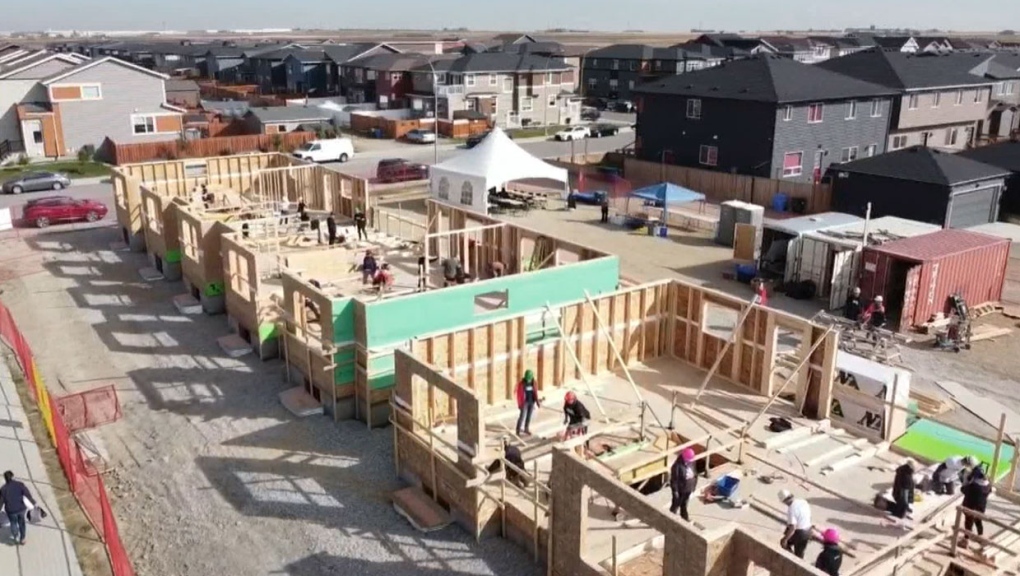 Eleven new townhomes will be built in the northeast community of Cornerstone next year thanks to an investment from Habitat for Humanity Southern Alberta.

A charity construction campaign is underway in northeast Calgary with women from all walks of life stepping in to help.

Habitat for Humanity Southern Alberta is behind the build, which will see 11 new townhomes go up in the community of Cornerstone.

It's the first time the project has taken place since the pandemic and officials say the effort holds a special meaning for the organization.

"Probably 30 per cent of our families are single-parent households, headed up by women and even in the dual-parent households, often it's the mom who initiates the conversation with Habitat," said Garrad Oishi, president and CEO of Habitat for Humanity Southern Alberta.

"It is so clear to us, the role that moms play in the stability of their household."

CTV Calgary's own Tara Nelson, who has participated in Habitat's past builds, is also taking part. 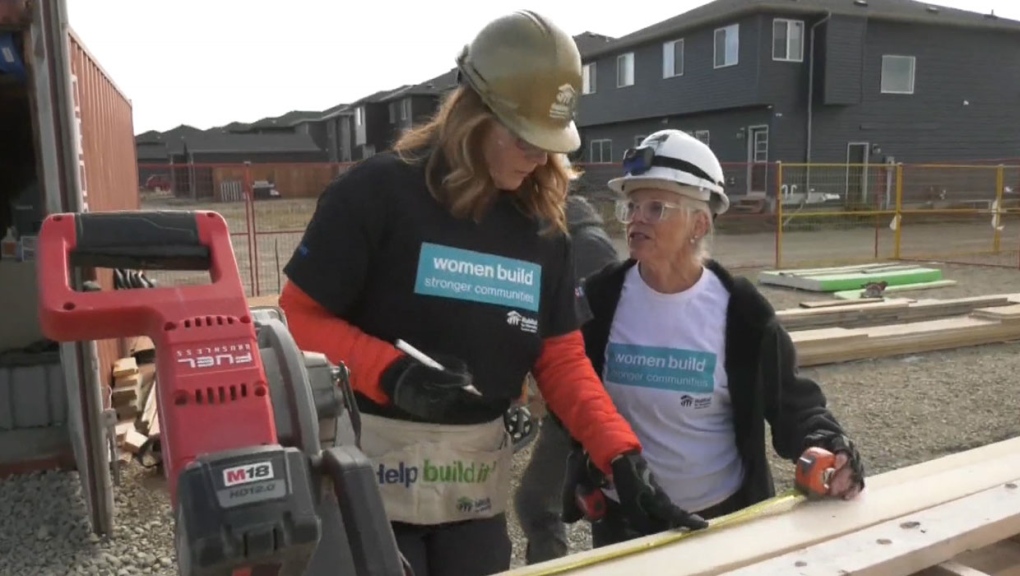 Oishi says the homes are for eleven families, including 30 children.

"It's not uncommon that our families will come by the site just to see what's happening," he said.

"So imagine, last Sunday, they came by and said, 'wow, look there's floors.' When they come by this weekend, they're going to say, 'look, our walls are up.' It's magical."

The construction is expected to be completed sometime next year.

Since the 1990s, Habitat for Humanity has assisted more than 300 families in southern Alberta.