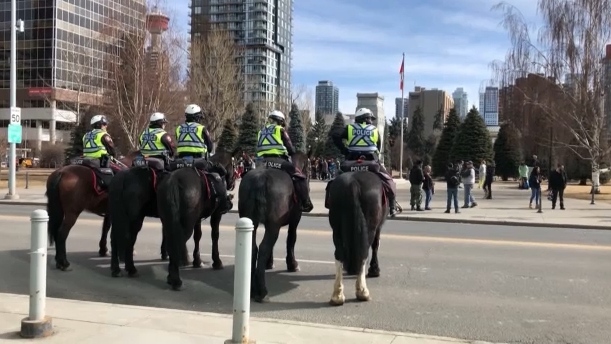 According to police, a demonstration was held outside City Hall around 1 p.m., after which protesters walked west on Stephen Avenue to Harley Hotchkiss Gardens, then back on the same route.

Police arrested one person on outstanding warrants, and eight traffic summons were issued on Saturday.

The temporary court injunction remains in place to keep peace in the Beltine. Protesters have not been back there since the injunction was put in place in early March due to continued disturbances in the neighbourhood.