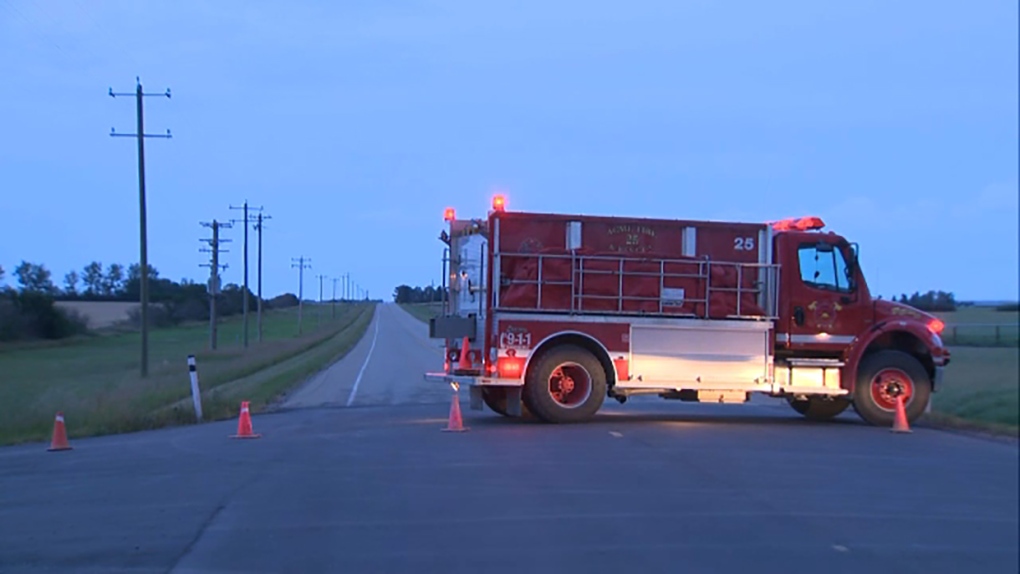 A nine-year-old boy was killed and a 14-year-old is in hospital in serious condition following a highway collision with an SUV Thursday night outside Acme, Alta.
CALGARY -

A nine-year-old boy died Thursday evening and a 14-year-old boy is in hospital in serious condition after a collision between a side-by-side vehicle and an SUV near Acme, Alberta.

The accident happened about 6 p.m. Thursday, at the intersection of Hwy. 575 and Range Road 264 near Acme.

RCMP confirmed the 14-year-old and nine-year-old were in the side-by-side when it was hit, killing the younger of the two. Both of the boys are from Rocky View County.

STARS airlifted the teenager to the Alberta Children's Hospital in Calgary.

RCMP haven't released the relationship between the boys, but say family members have been made aware.

The driver of the SUV, a 29-year-old man from the County of Kneehill, was not seriously injured in the crash.

Collision reconstruction analysts from Lethbridge responded to assist investigators trying to determine what led to the crash.

The Village of Acme is located approximately 50 kilometres northeast of Calgary city limits.

A long-serving member of Parliament was stabbed to death Friday during a meeting with constituents at a church in England, an attack that united Britain's fractious politicians in shock and sorrow. A 25-year-old man was arrested at the scene.

Hundreds of samples from Ontario grocery stores examined for coronavirus; all test negative

A new study tested more than 900 samples from high-touch surfaces in Ontario grocery stores for SARS-CoV-2 and found zero positive results, suggesting the risk of exposure to the virus in grocery stores is low.