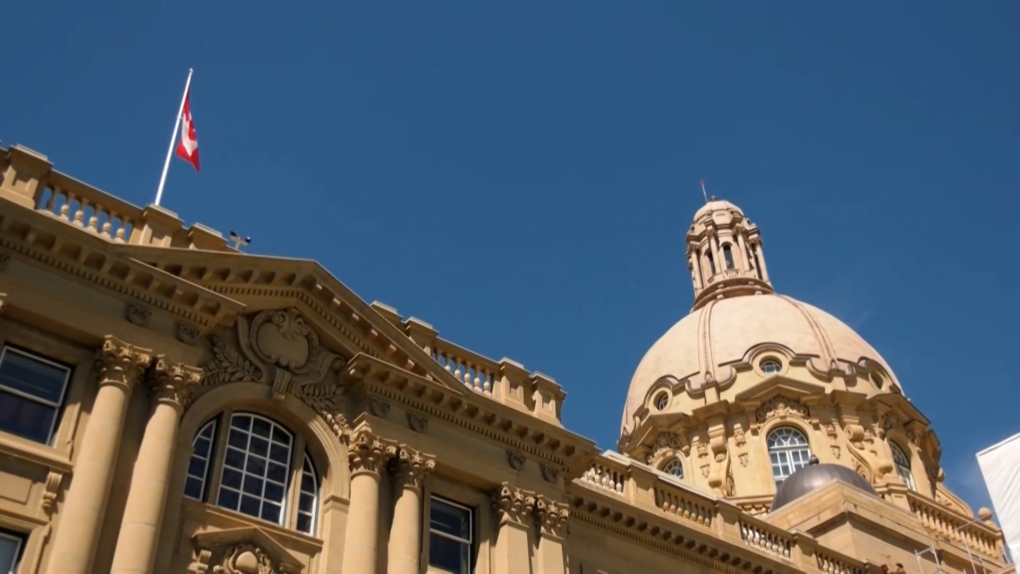 Alberta's legislature has wrapped up a tumultuous spring sitting highlighted by a balanced budget and overshadowed by Premier Jason Kenney announcing his long goodbye.

Government House Leader Jason Nixon said the United Conservative government delivered on a range of issues: more money for health care, cutting the province's portion of gasoline taxes and igniting more investment in fields from aerospace and manufacturing to hemp and TV and film production.

"This government produced Alberta's first balanced budget in a decade and the economy is back on track, poised to lead the country in growth this year,'' Nixon told reporters Thursday as the sitting ended.

It opened in late February with Finance Minister Travis Toews announcing a projected $500-million surplus in this year's budget, a profound turnaround from years of multibillion-dollar deficits, fuelled by high oil and gas prices.

But during the sitting, rising inflation costs hit home for Albertans on everything from gasoline to utility bills and groceries.

Kenney's government passed legislation to eventually deliver a $150 relief from electricity costs for about two million homes and businesses.

The Opposition NDP said it was too little, too late from a government distracted by its own palace intrigue and public melodrama.

"Not a single Albertan has gotten a (utility) rebate, and the government still can't give Albertans a straight answer about when they will.''

The dominant story was the fate of the premier.

Kenney, badgered and bludgeoned for more than a year by opponents within his UCP ranks, announced last week he was stepping down as leader of the party he helped create.

He quit after getting 51 per cent support in a leadership review, noting that while he technically won majority support it was clear that with him at the helm, division would continue.

Kenney has said he will leave when a new leader is chosen. A date has yet to be set and is expected to be months away.

Nixon dismissed suggestions the government will inevitably be distracted and Albertans will pay the price as the UCP embarks on a leadership race.

"This definitely is not a caretaker government. The premier has been clear that Alberta's government will focus over the coming months on completing the mandate that we were given by Albertans,'' he said.

It was a tense sitting with an election looming next spring. Kenney faced criticism from the NDP across the aisle and from those on his own backbenches.

He had to deal with one outspoken critic, Brian Jean, being elected to the house as a UCP member after running successfully in a byelection on a platform to fight to have Kenney ousted as party leader.

Stress fractured at times in outbursts of anger on both sides. There were veiled and not-so-veiled accusations of lying and hyperbolic pronouncements of malice, self-dealing and incompetence.

Nixon himself was taken to task in March by Speaker Nathan Cooper after Nixon dropped an expletive in the house during a fiery exchange with Todd Loewen, a former UCP caucus member kicked out for calling on Kenney to quit.

"The reality of our legislative process is sometimes it gets hot in there and emotions get high,'' Nixon explained Thursday.

"We have the most aggressive Official Opposition anywhere in the country, who has never put down their partisan tools.

"Unfortunately, sometimes our caucus has risen to that when we should not have.''

The days of collecting stickers from cups and claiming a hot drink after purchasing six will soon be a thing of the past at McDonald’s Canada locations as of December 2023.