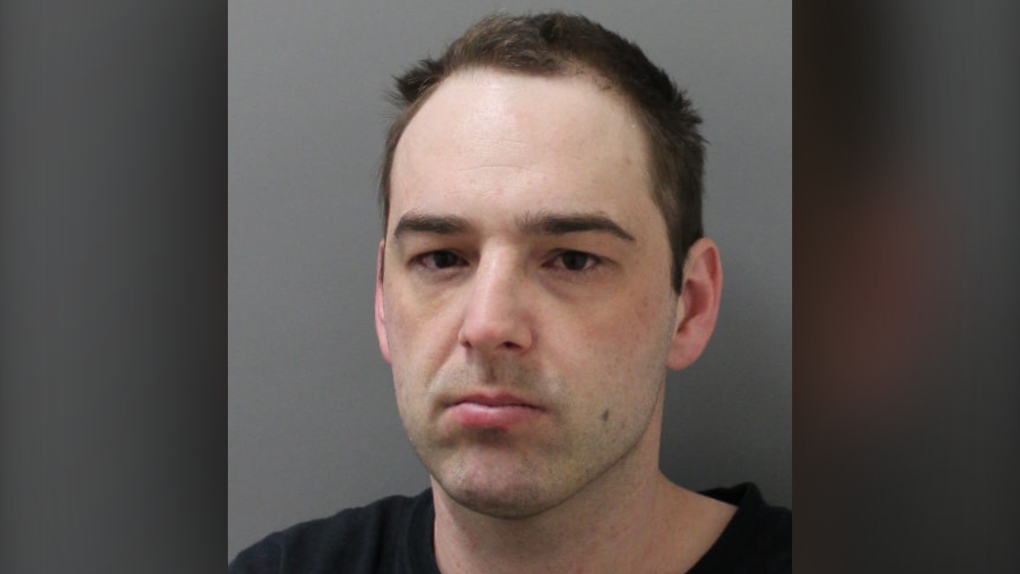 Joseph Aubut, 35, is wanted on 52 outstanding charges. He's accused of driving a vehicle directly at Didsbury RCMP during a getaway in May. (RCMP)

The Didsbury RCMP detachment is seeking help from the public as they search for a man wanted on 52 outstanding charges who allegedly drove a vehicle at officers.

Joseph Aubut, 35, was last seen on May 28 during a suspicious vehicle investigation near Westcott Hall, southwest of the town of Didsbury in Mountain View County.

Officers located the vehicle and identified the driver as Aubut. During his getaway, Aubut allegedly drove the vehicle directly at RCMP members and a civilian was nearly struck.

Warrants have been issued for Aubut on dozens of charges including:

Aubut should not be approached. Anyone who spots him or has information regarding his whereabouts is asked to contact Didsbury RCMP at 403-335-3382 or anonymous tips may be submitted to Crime Stoppers.

A group challenging Quebec's new language law logged a first legal victory against the legislation on Friday, as a judge temporarily suspended a provision requiring English court documents to be translated into French.