Hundreds of people gathered Sunday afternoon in Calgary and Edmonton to support women impacted by the U.S. Supreme Court's decision to end constitutional protections for abortion.

A pair of rallies took place at the Alberta Legislature grounds in the provincial capital and in downtown Calgary.

In Calgary, the group marched from Harley Hotchkiss Gardens to Olympic Plaza, making their voices heard by chanting things like, "my body, my choice," and holding up signs with strong messages about a woman's right to choose.

"It's a healthcare risk. It's an economical risk. It's going to have a huge impact across the states, and I think that we need to get ahead of it here in Canada before our Conservative government decides to do something similar," said Kennady Jones, lead organizer of the Calgary march.

On June 24, the U.S. Supreme Court overturned the historic Roe v. Wade case, a decision from 1973 that provided women the constitutional right to abortion.

The decision has already triggered abortion bans in multiple states.

"My own family members that live in Tennessee, which is a red state, immediately had their rights to healthcare revoked," Jones told CTV News.

Jones said it's a big concern as her family has a history of risky pregnancies. She views abortions as healthcare and said having one saved her life.

"I had what they called a septate uterus which means it wasn't a healthy environment. The fetus would not have survived, and also my life was at risk. Had I not had that abortion in a 12-hour window, I would have died," she said.

"I believe that a human life is more valuable than a clump of cells."

In Canada, abortions are legal and are covered by public health insurance.

When the case was overturned just over a week ago, Alberta's Health Minister Jason Copping said there won't be any changes in the province despite what happens in the U.S.

Currently, the procedure is only offered in Calgary and Edmonton, except in medical emergencies.

Michelle Wunder and her boyfriend Ben Garrett from Missoula, Mont., came to Calgary for their long weekend.

"Things have not been great in the U.S. (It) doesn't feel like we have a lot to celebrate," Wunder said.

The couple said they stumbled upon the march and decided to join in once they discovered what it was for. Wunder even addressed the crowd and shared her feelings about the overturning of Roe v. Wade.

"It's devastating. It's heartbreaking, and I'm scared," she said. "I'm scared for my future and the future of every woman in America."

Wunder describes feeling sick to her stomach when she found out about the ruling.

"I thought, this is just the beginning. How could they do this in 2022? What is the future going to look like trying to start a family and having pregnancy complications? What kind of life will my future daughters have?"

Wunder said she would consider moving to Canada as a result.

Emily Stein, another participant, said the decision was "crushing."

"I know people who have had abortions, and because there's a non-zero chance that could be me someday," she said.

It wasn't just women at the march, some men also joined in.

Jereme Bokitch, who owns Hedkandi Salon, Johnny's Barber + Shop and Butter Beauty Parlour, attended the march for the women in his life.

"I worry that there's this overreaching idea that we can tell women what they can and cannot do, and it doesn't make any sense to me at all," he told CTV News.

Bokitch said he was happy to see that other men were also at the march, but would've liked to see more.

"We're the other half of what happens here, so there should be men here supporting this," he said.

Organizers of the march hope to hold similar events to continue educating the community and calling for change.

"I think this is really going to open up the platform for people in Calgary and the surrounding area to really open up about their beliefs, their morals and why they are pro-choice," Jones said.

'REPRODUCTIVE RIGHTS FOR ALL OF US'

Outside the legislature, protesters in Edmonton called on the UCP to expand access to abortion so future generations have more control over their reproductive rights.

"We are here just to show support and ensure our politicians know that we want them to be focusing on expanding access for abortion and reproductive rights for all us," said Erica Posteraro, an organizer.

The rally was hosted by local grassroots organization People For Reproductive Freedom and Choice. 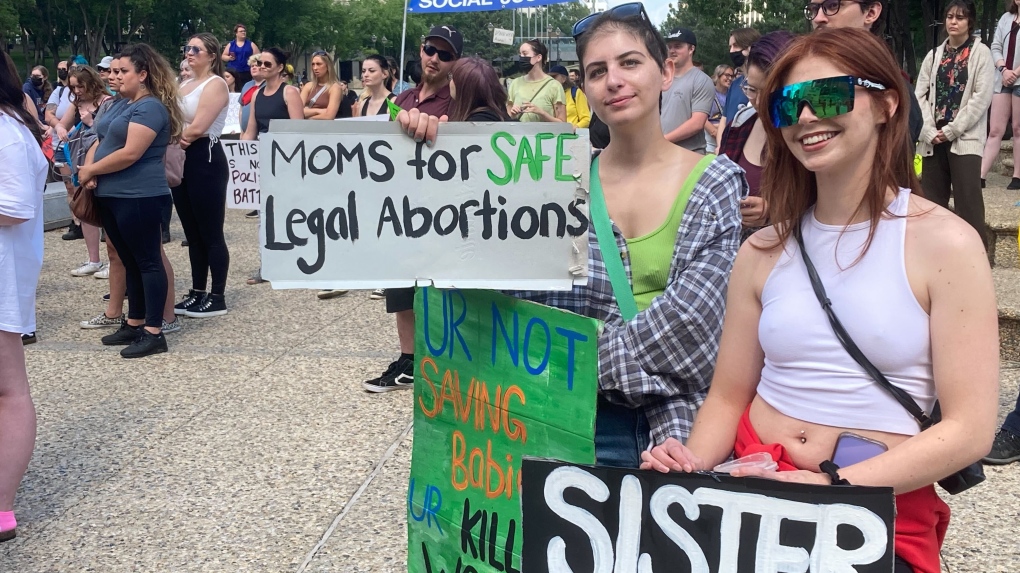 Edmontonians attend a rally calling on the UCP to expand access to abortion across Alberta (CTV News Edmonton/Brandon Lynch).

"Reproductive healthcare and abortion access is very limited in rural Alberta," MacKintosh added. "We want to bring awareness that our UCP government needs to start funding these things so that we can start becoming more supportive to our most vulnerable communities."

"We need to expand abortion service access, and we need to increase our funding because the reality is you have to come to an urban city like Edmonton or Calgary to get those services," said Kayla Halliday, an organizer.

"We are more than just those cities in this province," she added. 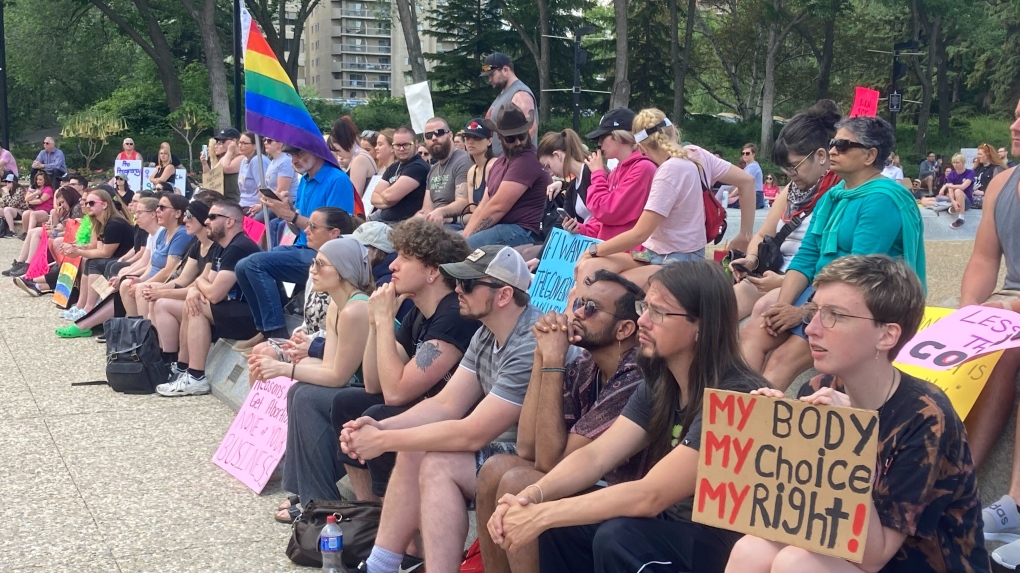 Edmontonians attend a rally calling on the UCP to expand access to abortion across Alberta (CTV News Edmonton/Brandon Lynch).

The Taliban on Monday marked a year since they seized the Afghan capital of Kabul, a rapid takeover that triggered a hasty escape of the nation's Western-backed leaders, sent the economy into a tailspin and fundamentally transformed the country.

An Iranian government official denied on Monday that Tehran was involved in the assault on author Salman Rushdie, though he justified the stabbing in remarks that represented the Islamic Republic's first public comments on the attack.

Why has polio been found in London, New York and Jerusalem, and how dangerous is it?

Polio, a deadly disease that used to paralyze tens of thousands of children every year, is spreading in London, New York and Jerusalem for the first time in decades, spurring catch-up vaccination campaigns.