CALGARY -- It’s called the ‘Boring Little Girls Club’ and Kira Dunlop started it a year and a half ago. The 24-year-old struggled with substance abuse since the age of 14. She’s been sober now for three years and knows that others who’ve faced a similar situation to her are feeling isolated.

“We’re struggling right now as a society, as human beings without being able to connect with each other,” said Dunlop. “When you have had problematic substance abuse the need to go back is strong.”

Like many she’s inundated on her social media with pop up ads about alcoholic beverages to get you through this challenging time. She doesn’t like them.

“The club was really a way for us to connect with each other in a way outside of a recovery space because we’re not professionals or experts,” said Dunlop.

“The only thing we’re experts in is our own lived experience.” 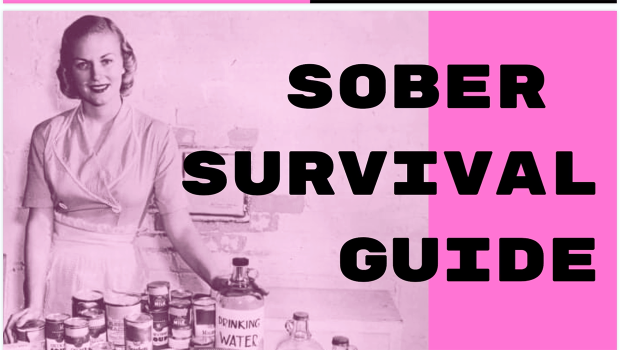 A mid-April poll by Nanos commissioned by the Canadian Centre on Substance Use and Addiction (CCSA), revealed that 25 per cent of Canadians between the ages of 35 and 54 say they have increased the amount of alcohol they drink while being forced to stay at home due to a lack of regular schedule, boredom and stress.

Dr. Deena Hinshaw is Alberta’s chief medical officer and urges people to limit the amount of alcohol they’re consuming while in quarantine.

The Boring Little Girls Club has over 50 members it refers to as ‘babes’ and recently released its quarantine edition survival guide. You have to be a member to access its site, with membership described as a community of sober women, trans and non binary folks having fun without alcohol.

Marie Ferraro is vice president and a member.

“Community is so key to connect with like-minded folks who have similar struggles and similar joys, I think it is an integral part of being sober,” said Ferraro.

Ferraro and Dunlop make it clear that they are not a professional organization that deals with substance abuse or that they can help someone in crisis. But they will encourage members to connect with their recovery community when needed. They used to meet in person but now connect virtually on Fridays for coffee and the conversation is focused on positive topics and having fun.