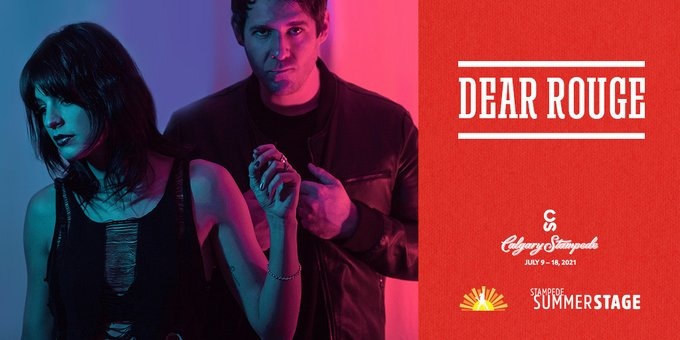 Dear Rouge is among the headliners for the 2021 Stampede Summer Stage concert series. (image: Calgary Stampede)

CALGARY -- The Calgary Stampede has released its list of all-Canadian talent that will perform on the Stampede Summer Stage.

The lineup of 2021 performers is scheduled to include:

"This 2021 experience is a throw-back to the big outdoor music event the Stampede had in the 70s called Summertown," said Kyle Corner, manager of Stampede programming. "A 100 per cent home-grown lineup is our way of tipping our hats to the open-air concert area that started it all, and of course we are kicking it up a bunch of notches with nearly 30 performances in 11 days this July."

The outdoor performances are free with Stampede Park admission.

In previous editions of the Greatest Outdoor Show on Earth, live musical performances where hosted on the Coca-Cola Stage in Stampede Park near Weadickville. CTV News has reached out to Stampede officials for confirmation of where the Stampede Summer Stage will be located on the grounds.