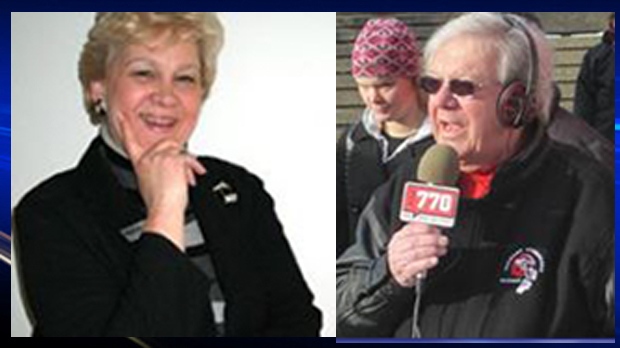 Calgary police have confirmed the identities of the two victims in Thursday's homicide in the southwest community of Braeside.

The bodies of 71-year-old William (Billy) Powers and his wife, 64-year-old Donna Lee Powers, were discovered in their family home following a phone call to emergency services placed by the alleged killer.

As a result of an autopsy conducted by the Medical Examiner on Friday, the two deaths have been determined to be the result of stabbing.

35-year-old Derek Puffer,  the stepson of the Powers, has been charged with two counts of second-degree murder.

Staff at the Jewish Community Centre, where Donna Lee was employed for the past eight years, are mourning the loss of the Powers.

“Donna Lee was more than an employee, she put her gigantic heart into everything she did and became a vital member of our community,” says Calgary Jewish Federation Executive Director Drew Staffenberg. “We’ll miss her cheerful competence, but more than that, we’ll miss her laugh that could be heard around the building and brought joy to everyone who heard it.”

“Billy may have been better known in Calgary, but Donna Lee was the power behind the Powers.”

Bill Powers was a legendary sportscaster in the Calgary area.  The 'Voice of the Stampeders' spent time behind the mic for XL radio and QR77.