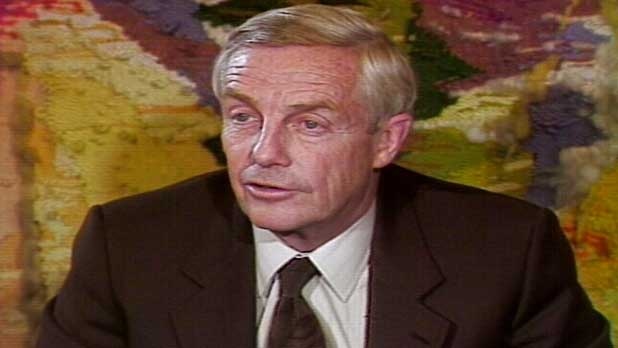 Edgar Peter Lougheed was a born and raised Calgarians and one of the most prolific provincial politicians of our time.

The grandson of SenatorSir James A. Lougheed, politics and public service were his destiny.

As a boy, Lougheed attended the Strathcona School for Boys and the Earl Grey and Rideau Park Public Schools in Calgary and went on to complete his secondary education at Central Collegiate Institute.

He was a sports enthusiast and played football for the University of Alberta Golden Bears Intercollegiate Football Club and the Edmonton Eskimos.

He continued to strive for a higher education and received a Master of Business Administration degree from Harvard University in 1954.

Lougheed married Jeanne E. Rogers of Camrose on June 21, 1952 and together they had four children; Stephen, Andrea, Pamela, and Joseph.

In 1955, Lougheed was called to the Alberta Bar and began to practice law with the Calgary firm, Fenerty, Fenerty, McGillivray, Prowse, and Brennan.

He became general counsel to the prominent construction firm Mannix Corporation in 1956 where he stayed until 1962.

That year, he founded his own practice and launched the partnership of Lougheed, Ballem and McDill.

His foray into the political arena began in 1965 when he was elected leader of the Progressive Conservative Party of Alberta.

Lougheed was elected to the Legislative Assembly of Alberta in 1967 to represent Calgary West and served as Leader of the Official Opposition from 1967 to 1971.

In 1971, Lougheed was re-elected in his riding and the Alberta PC Party won the majority. His party won 49 of 75 seats and dethroned the Social Credit administration that had been in power in Alberta for over 35 years.

It was the first time that Albertans had elected a Progressive Conservative government and that would be the start of a trend that would continue for many years to come.

E. Peter Lougheed was appointed Premier of Alberta by Lieutenant Governor J. W. Grant MacEwan on September 10, 1971 and served as Premier for the next 14 years.

While he was Premier, Peter Lougheed made his mark on the political landscape of this country.

He took control of Alberta's natural resources and their development, worked to improve health care research and facilities throughout the province, and established the Alberta Heritage Savings Trust Fund in 1976. He was an advocate for small town and rural Alberta and was instrumental in the creation of the Alberta Bill of Rights.

The Honourable E. Peter Lougheed resigned as Premier of Alberta and MLA for Calgary West on February 28, 1986 and returned to the private sector.

In his later years, he was a partner in the Calgary law firm of Bennett Jones LLP and served on numerous Boards of Directors.

E. Peter Lougheed will be remembered by the many endowments, parks and facilities that bear his name:

A number of honours and awards have been bestowed on Lougheed over the years:

The Honourable E. Peter Lougheed is survived by his wife Jeanne and their four children.