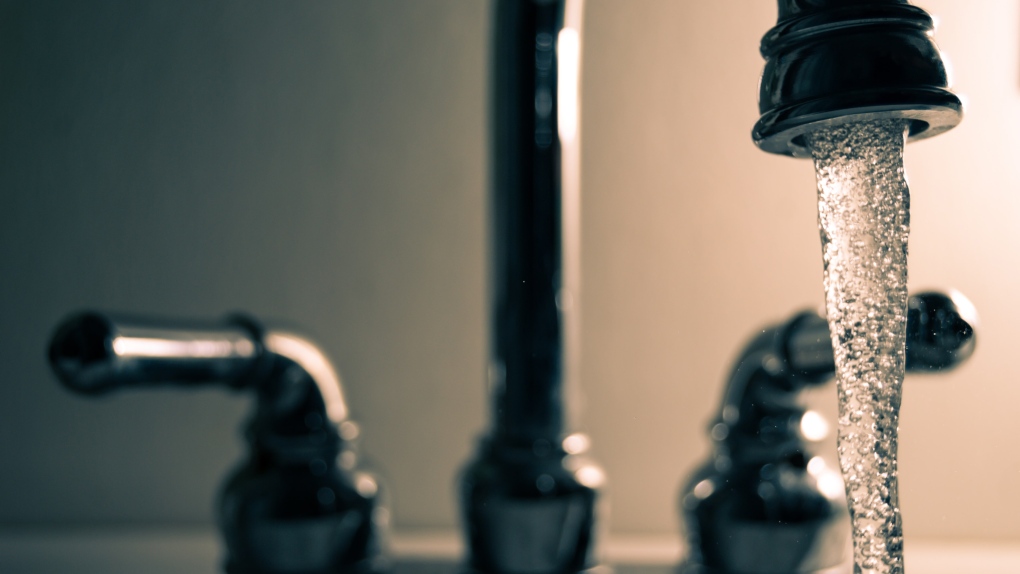 More residents from Canmore, Alta., have been cleared to safely use the water supply on Monday.

Edmonton-based EPCOR, which administers water utilities in the community, said a boil water advisory involving the mountain community and nearby areas has been partially lifted.

Cougar Creek and along Palliser Trail are no longer under the Alberta Health Services issued boil water advisory.

“Effective immediately, residents and businesses in the green areas of the maps no longer need to boil their water before consumption. Residents and businesses in the remainder of the town of Canmore (red areas on the maps) are still required to boil water before consumption, until further notice,” EPCOR said in a news release.

Residents and businesses still in the red area – including some areas in Avens, Elk Run, Homesteads, Springcreek, the town centre, Benchlands and Larches – should not consume any water from the tap without boiling it first. 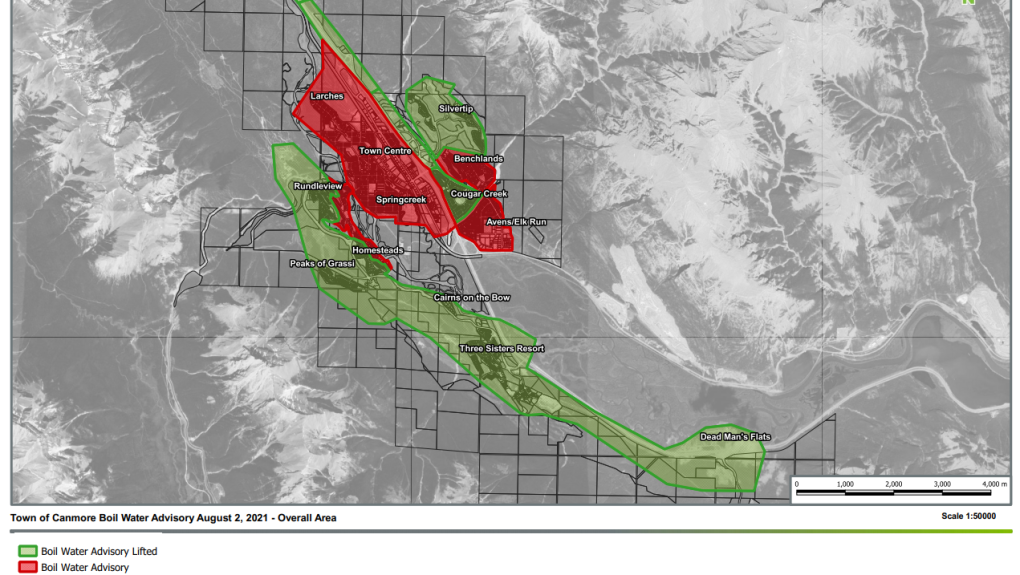 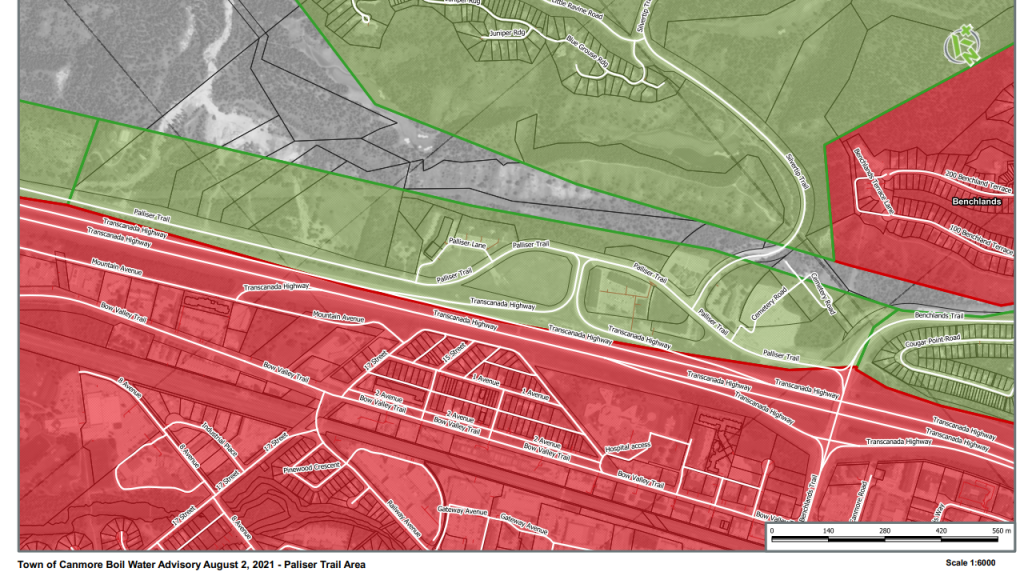 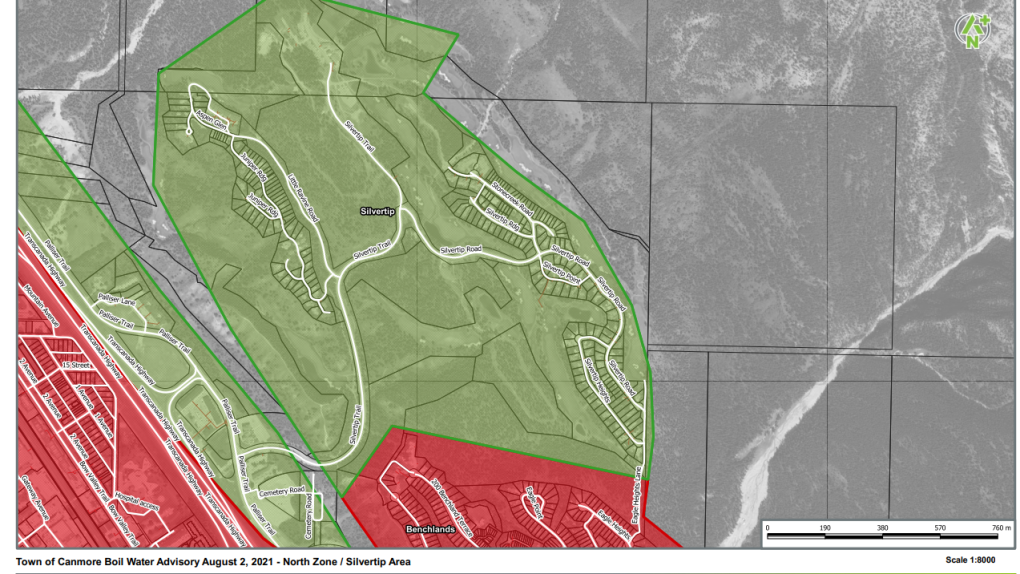 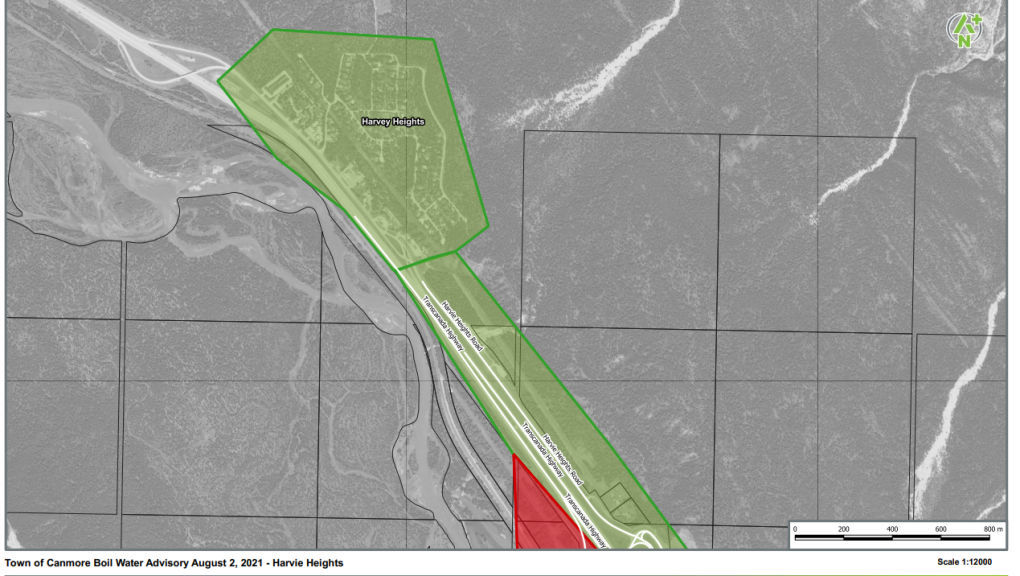 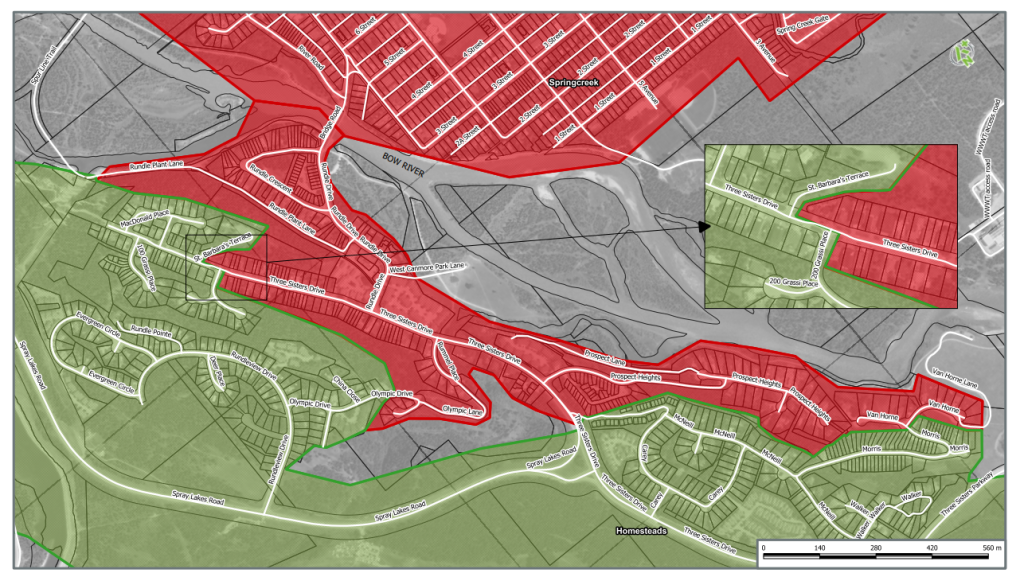 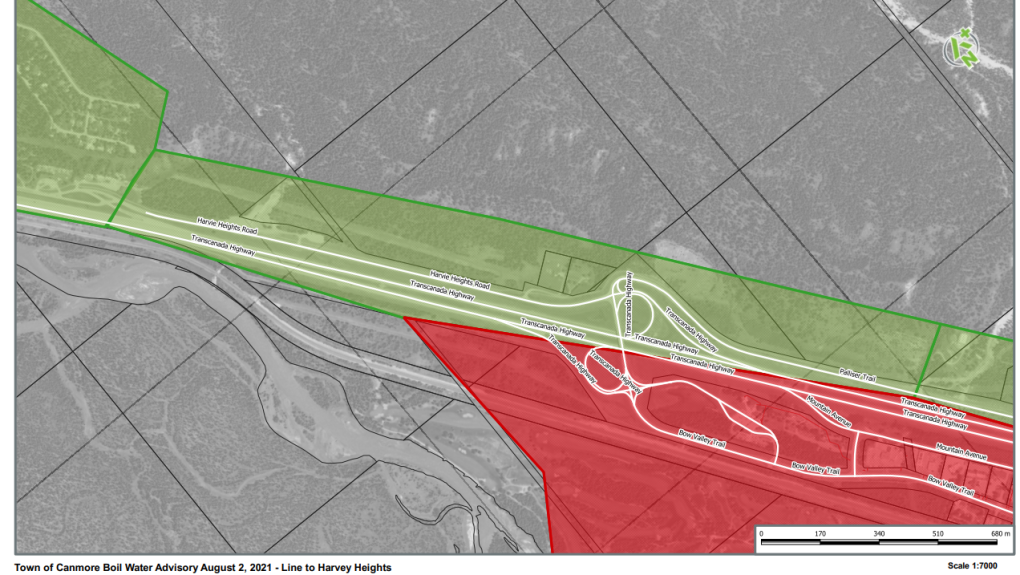 Affected areas under a boil water advisory in Canmore, Alta., as of August 2, 2021 (Source: EPCOR)

“Consumption of microbiologically-contaminated water may result in illness and stomach flu-like symptoms such as diarrhea, nausea, stomach cramps and headaches.”

Water used for flushing, bathing, or laundering clothes does not need to be boiled. Dishwashers can still be used so long as a hot temperature cycle is run.

EPCOR says safe water is being provided for free at the following locations from 9 a.m. to 8 p.m.:

Boil water advisories have been in place for Canmore and some neighbouring communities since Thursday due to high levels of turbidity affecting water quality. EPCOR has been restoring water service to the affected areas community by community.

“EPCOR is working as quickly as possible to ensure the safety of the water supply,” the company added. “Flushing and testing of the water system continues to occur as crews work to restore regular water service.”