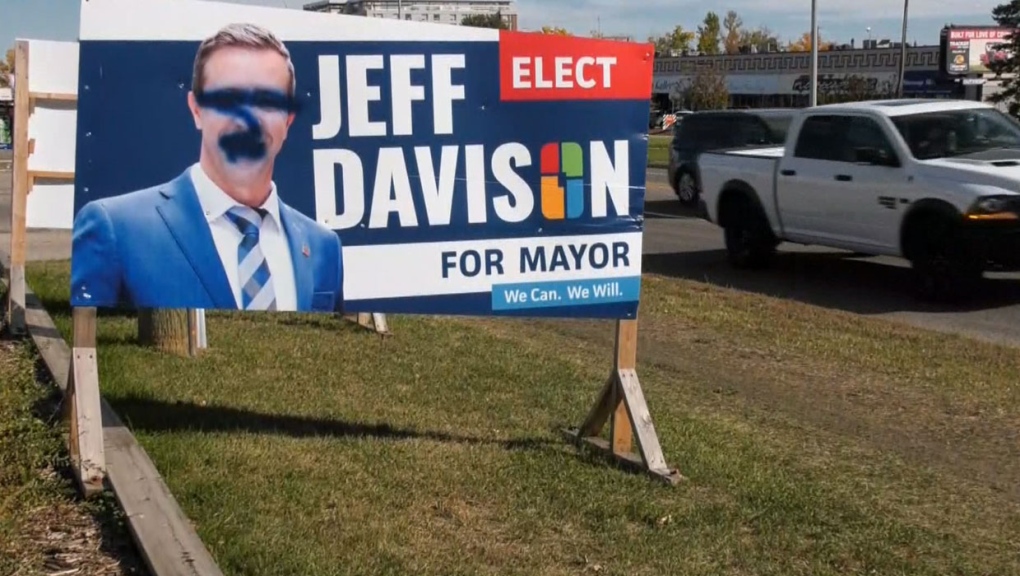 Mayoral candidate Jeff Davison says those responsible for vandalism to his campaign signs are likely upset over his support of the city's COVID-19 plan.
CALGARY -

One of the candidates vying for the mayor's chair in October says people who are unhappy with his support of the city's COVID-19 strategy have targeted him and his family, along with his campaign.

Jeff Davison says a number of his signs posted throughout the city have been defaced and he's had a number of threatening emails, ever since the council passed a bylaw to improve the province's proof of vaccination plan.

During the debate of the bylaw earlier this week, Davison admitted that his daughter was one of the many Albertans who has had to have her surgery postponed because of COVID-19's fourth wave. 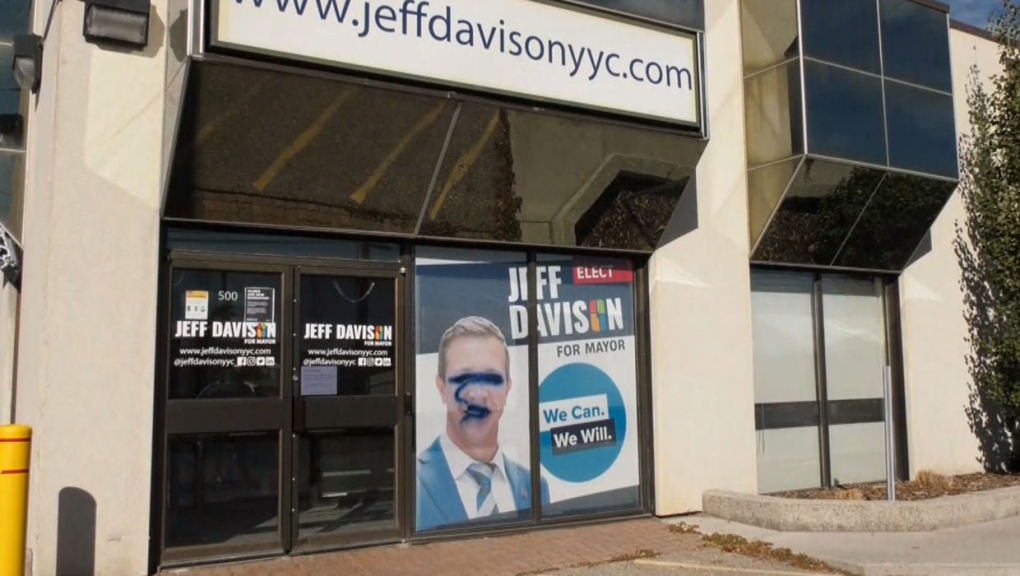 Signs on lawns, alongside roads and even at his campaign office have been sprayed with paint and damaged.

He says that fact, along with his support of the legislation, is part of the reason people have been damaging his signs and threatening him.

"The situation we have right now in Alberta and, in particular, here in Calgary, is affecting me personally and I know it's affecting many people, the thousands of people across the city," he said.

"We won't be intimidated by that."

His campaign office tells CTV News the incidents have been reported to police.