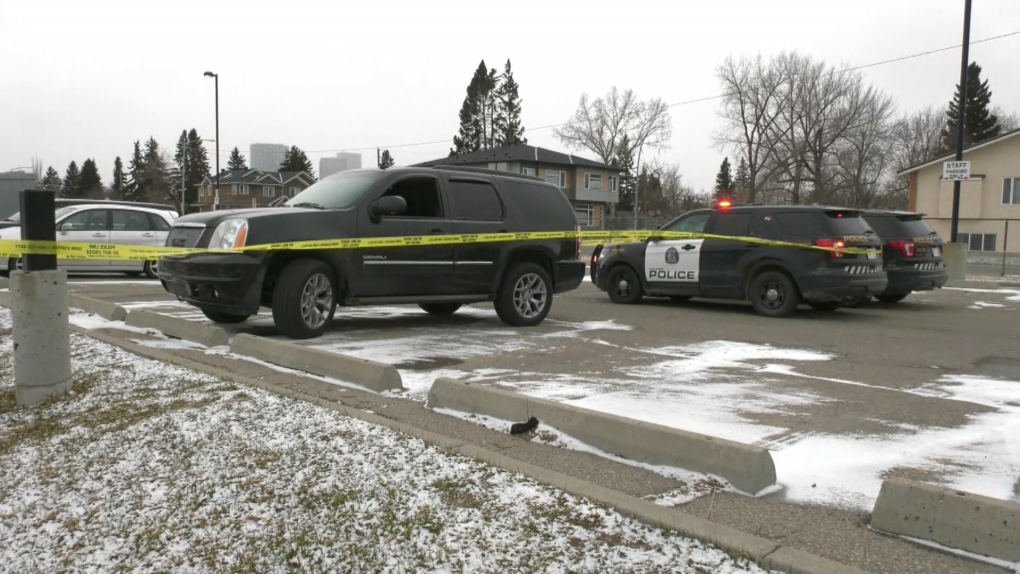 CPS units and police tape next to an SUV with bullet holes in its door and windshield in the parking lot of Colonel Macleod School in northeast Calgary on April 12.

Calgary police are investigating a shooting in the community of Renfrew.

Officers were called to the 1600 block of Sixth Street N.E. at around 3:45 p.m. on Tuesday for reports of shots fired.

Police say no injuries have been reported and there have been not reports of any arrests in connection with the shooting.

CTV News arrived on scene to find police tape around a GMC SUV in the parking lot of Colonel Macleod School. The vehicle had bullet holes in the windshield, interior and the driver-side doors.