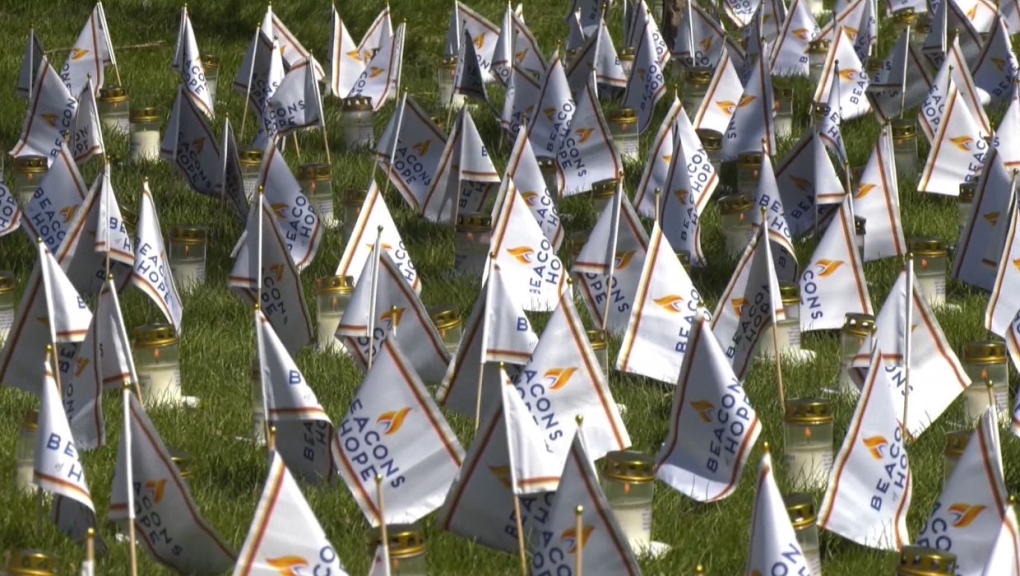 Flags and candles were set up along Memorial Drive for an event aimed at supporting the Calgary Police Service.

There was a special tribute set up along Memorial Drive on Saturday to honour all members of the Calgary Police Service.

Called the Beacons of Hope, organizers said the event is aimed at recognizing the work of Calgary police officers, past and present.

To symbolize that, each candle and flag at the location is meant to represent one of those officers.

Along with the display, members of the public were also asked the share messages of thanks for what the officers do to serve.

"It's been a tough few years for our people, our members included," said Jackson McDonough, one of the event's organizers.

"They're in our communities every single day, getting in front of difficult situations and placing themselves in a position to keep our city safe. They're they last people that should be feeling down about themselves and we're proud to be lifting their spirits with an event like this."

Murray McCann, who also helped with the display, said the public has shown massive support for it.

"People are coming out and thanking the police for everything they do for us." 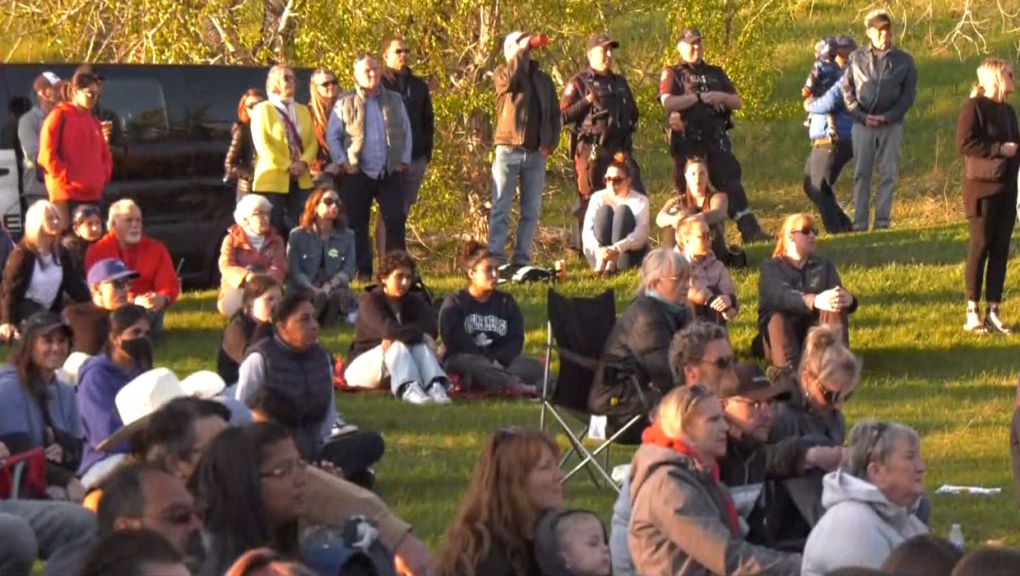 While the CPS and many other police forces have been under a great deal of scrutiny over the past few years, Calgary's police chief says discussions are always ongoing about how things can be improved.

"(There's) been lots of discussion about where we can improve, places on where we can build on some of the social justice and equity issues but, at the same time, members are actually responding to over 1,200 calls in this city a day and giving great service to Calgarians," said Chief Mark Neufeld.

"Those two things can be true at the same time."

While this year's event was the first time it has been held in Calgary, organizers hope to continue it as an annual tradition.