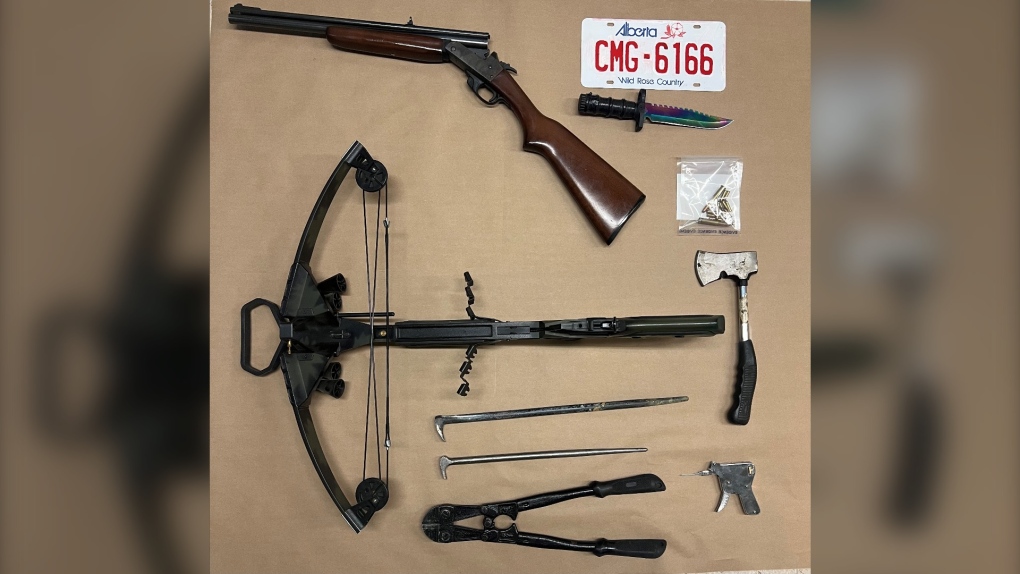 Several weapons, along with break-in tools and stolen documents, were found in a vehicle in Airdrie on Aug. 12. (Supplied/RCMP)

A Calgary woman is facing several charges after Airdrie RCMP found a cache of weapons and other items inside a vehicle on Friday morning.

Officials say police responded to the parking lot of the Cooper's Town Promenade at approximately 8:19 a.m. on Aug. 12 for reports of a suspicious vehicle.

RCMP located a 2003 BMW sedan that was occupied by a female.

"The female was arrested on a traffic safety act warrant held by Calgary Police Service," officials said in a release.

A subsequent search of the vehicle discovered several weapons including a shotgun, crossbow, knife, snap gun and hatchet.

Ashley Candice Steele, 32, of Calgary, is charged with:

Steele was remanded into custody and is expected to appear in Airdrie provincial court on Aug. 25.