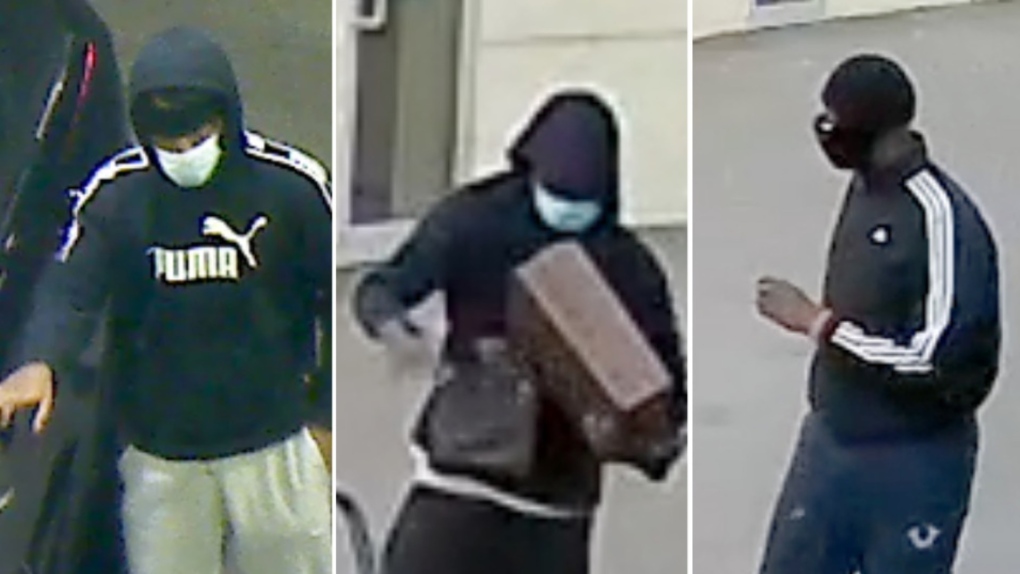 Calgary police released these images of three men believed responsible for the kidnapping and robbery of a woman in September. (Calgary police handouts)
CALGARY -

Images have been released of three men believed to have robbed a Calgary woman over a period of several hours while holding her against her will.

The woman was leaving her residence to meet a friend just after 5 p.m. on Sept. 9 when three men jumped into her vehicle and confined her to the back seat.

Investigators believe it was a targeted attack.

The men drove her around the city for a period of several hours so they could steal property from her, then stole her vehicle.

The woman suffered minor injuries during the ordeal.

One man was wearing a dark sweater with Puma written on the front, and light sweatpants with dark coloured shoes.

A second was wearing a dark jacket with three white lines on the arms, dark pants and white shoes.

The third was wearing a dark sweater, dark athletic pants and dark shoes.