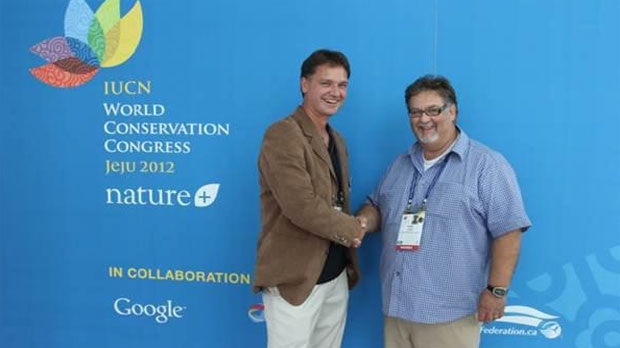 The head of the Calgary Zoo’s Centre for Conservation Research has been appointed to co-chair the Reintroduction Specialist Group for one of the largest conservation networks in the world.

Dr. Axel Moehrenschlager is the first North American to be chosen to co-chair the group for the International Union for the Conservation of Nature (IUCN) and will share the position with Frederic Launay of the United Arab Emirate Environment Agency.

Over 11,000 scientists in 160 member countries are involved with the IUCN and it has Official Observer Status at the United Nations.

“Species are going extinct at an alarming rate. However, reintroductions are a conservation tool that can help restore endangered species to ecosystems where they have disappeared. This can have profound positive impacts for ecosystems and for people. Within the Reintroduction Specialist Group we aim to have an integrated network of experts that can potentially help the restoration of any species, anywhere on the planet”, says Moehrenschlager.

Dr. Moehrenschlager’s has earned the respect of his colleagues from around the world for successes in species reintroductions like the recovery of swift foxes in Canada.

Over the last three years, he has also been instrumental in the development of global guidelines for low risk species reintroductions and part of a special international task force.

The guidelines were launched in August 2013 and have been officially adopted by the Council of Europe.

Dr. Moehrenschlager is only the third person to be appointed to such a chair role since the group was founded in 1988.