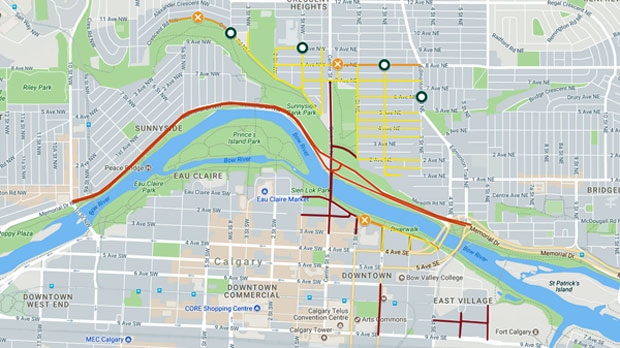 The festivities for the country’s 150th birthday, including the fireworks display, will alter traffic in the downtown core, the East Village, along Memorial Drive and Centre Street N and in neighbourhoods north of the Bow River.

According to the City of Calgary, the following roads will be closed until Sunday morning:

The following closures will be in effect as of 6:00 p.m. and remain in place until 3:00 a.m. to accommodate the Canada Day fireworks: