Charity steps up for southern Alberta kids for a second year

Charity steps up for southern Alberta kids for a second year 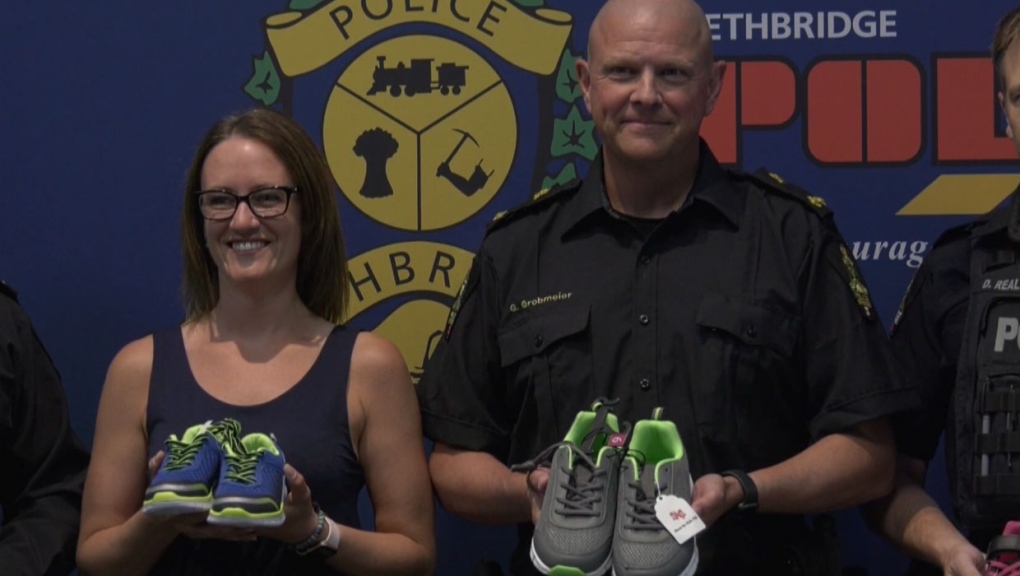 Hundreds of pairs of shoes will be collected over the summer to help students in need in the coming school year.

In its first year, a Lethbridge-based charity saw hundreds of pairs of shoes and thousands in cash donated to help young students.

Now, Shoes for Kids YQL hopes to do much more.

While the school year has just ended for Alberta students, the organizers of the charity are already looking ahead to this year's event, which is scheduled later this summer.

To ensure it's a success, the group says it needs the community to donate new shoes or cash to buy them for students from Grade 1 to 12 in the Lethbridge school system and those on the Blood Tribe.

"We were able to connect with both school districts in Lethbridge, we served Holy Spirit District and we also served the public school district," said Mallory Krist Janson, co-organizer of the charity.

"We went to Kainai, we went to Piikani, we also went as far as Pincher Creek. We are able to support students in rural communities."

The Lethbridge Police Service, which played a role in the initiative, says it was great to have "a positive influence" on a young person's life with such a small gesture.

The second annual drive will take place on Aug. 27 at the ENMAX Centre but donations will also be accepted at multiple other locations around Lethbridge.

Full details can be found on the Shoes for Kids YQL Facebook page.

Serena Williams says she is 'evolving away from tennis'

Serena Williams says she is ready to step away from tennis after winning 23 Grand Slam titles, turning her focus to having another child and her business interests.