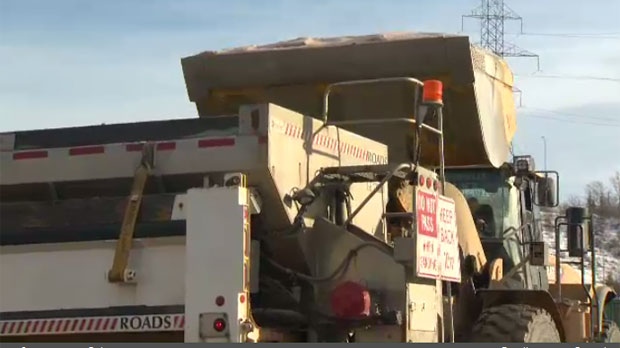 Layoffs at the city

In the midst of a massive storm cleanup seasonal workers in the City of Calgary’s roads department have been laid off.

The workers received their layoff notices over the last two days.

In the past six years, almost all seasonal staff who work on paving and road maintenance crews have been kept on the payroll for snow removal and sanding work during the winter.

However, while 80 new staff member were hired this spring, the city has determined it does not require 50 of them.

Bill Biensch from the City of Calgary said this year, the city can’t keep the seasonal workers employed as they have in previous years.

Biensch said “ the city of  Calgary and roads has been fortunate in the past because of retirements and changes to the program, has enabled us for number of years to actually retain the staff. Unfortunately, this year we're looking at the appropriate level of staffing and we had to let some seasonals go.”

The layoffs take effect at the end of September.