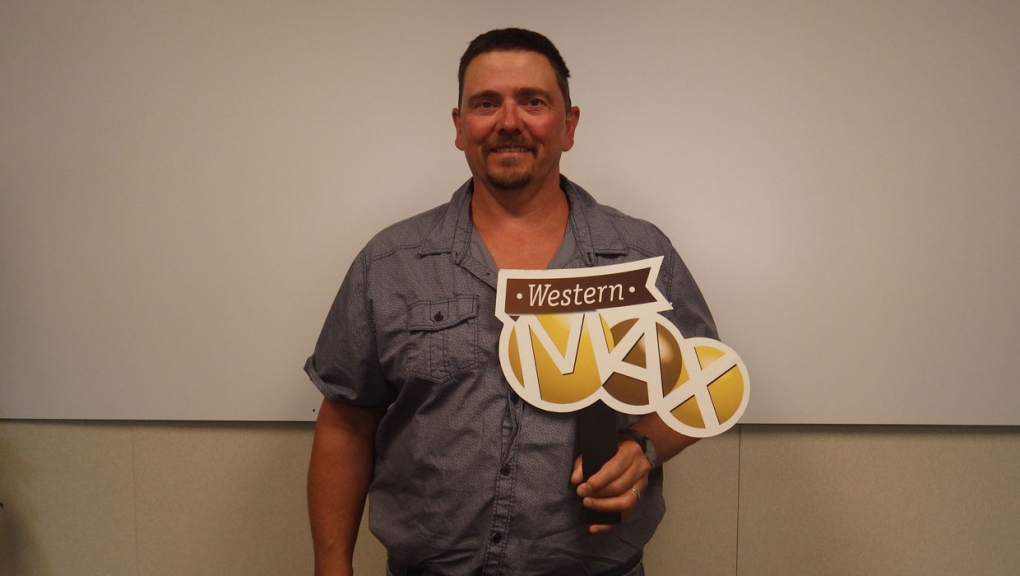 Timothy Tiefenbach, of Claresholm, is the latest Alberta jackpot winner after he won $1 million in a recent Western Max draw. (Supplied/WCLC)

A southern Alberta man says he was stunned when he realized his Western Max ticket from a draw in late May was a real winner.

Timothy Tiefenbach bought a ticket for the May 24 draw at a Circle K store in Claresholm and says he checked his ticket on wclc.com first.

"I knew I had to get the ticket checked before I could be sure that it was a real winner," he said in a release.

He says he has a few ideas for his winnings.

"To start, I’m going to pay some bills and put away for retirement," he said. "I might look into buying a new boat in a little while down the road."

Tiefenbach won the prize on one of Western Max's 14 additional prize draws.