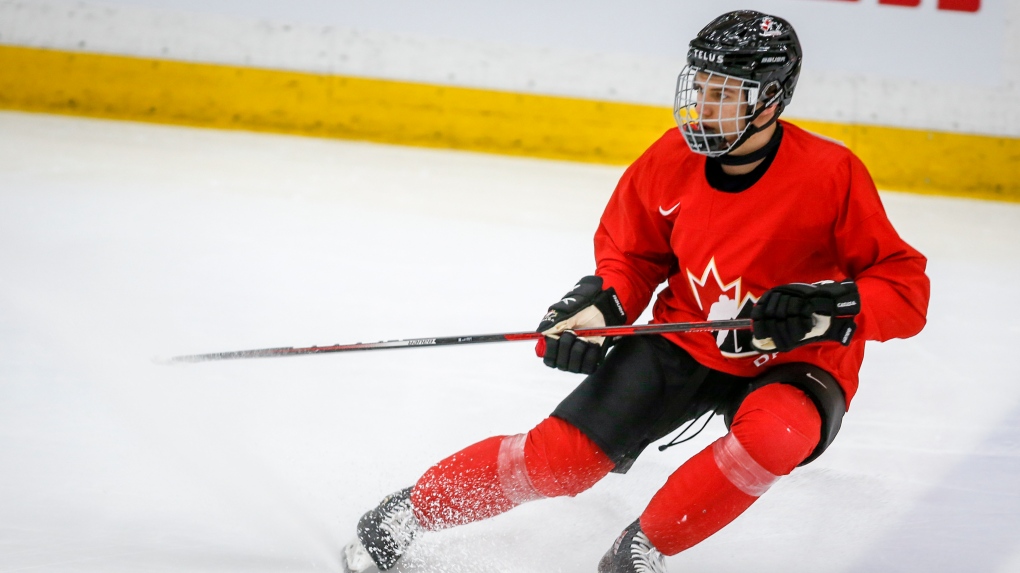 Cole Perfetti, with over 50 professional games under his belt, and Connor Bedard, who becomes the seventh player to be named to the Canadian team at age 16, were among 25 players named Sunday to the 2022 roster.

Three goaltenders, eight defencemen and 14 forwards born between 2002 and 2005 comprise the host team for the world under-20 men's hockey championship co-hosted by Edmonton and Red Deer, Alta., from Dec. 26 to Jan. 5.

Canada opens the tournament Dec. 26 against the Czech Republic in Edmonton's Rogers Place.

Forward Shane Wright, who was released from selection camp a year ago at 16, earned a spot on the team this time.

Dylan Garand, Brett Brochu and Sebastian Cossa were the only goaltenders invited to selection camp, which ensured their positions on the team.

Garand, Guhle and Perfetti return from the team that fell 2-0 to the United States in the 2021 world junior final in Edmonton.

The Ontario Hockey League didn't operate in 2020-21 because of the COVID-19 pandemic and those teenagers were allowed to return to their respective AHL clubs this season.

Cameron is the head coach of the Canadian team again 11 years after overseeing a squad that earned a silver medal in Buffalo. Canada lost 5-3 to Russia in that final.

Thirty-five players were summoned to selection camp in Calgary, but Sudbury Wolves defenceman Jack Thomson's invitation was withdrawn because of COVID-19 protocols.

University of Michigan's Johnson also didn't report to camp Thursday because of COVID-19 issues, but was among the 14 forwards named to the 2022 edition.

“I don't remember there being this many guys in previous camps that I was part of that had this many guys in the mix, which says something about Canadian hockey and the amount of depth we have here,” Cameron said Sunday before players were released.

“It makes our job a little bit more difficult, but those are the tough decisions you like. The more competition you have, the better it brings out of people.”

This report by The Canadian Press was first published Dec. 12, 2021

A federal judge signaled Wednesday that she plans to order disgraced R&B superstar R. Kelly to pay more than US$300,000 to one his victims in a decades-long scheme to use his fame to sexually abuse young fans.

An Ontario boy with terminal cancer wanted to see monsters. 1,000 strangers made it happen

A five-year-old Hamilton boy battling brain cancer had one request: he wanted to see monsters. Earlier this month, 1,000 strangers made his wish come true.

This ship tried to warn the Titanic about the iceberg. Now scientists have found its wreckage

The wreck of a ship that tried to warn the RMS Titanic of the iceberg that sank it on its maiden voyage has been found at the bottom of the Irish Sea.