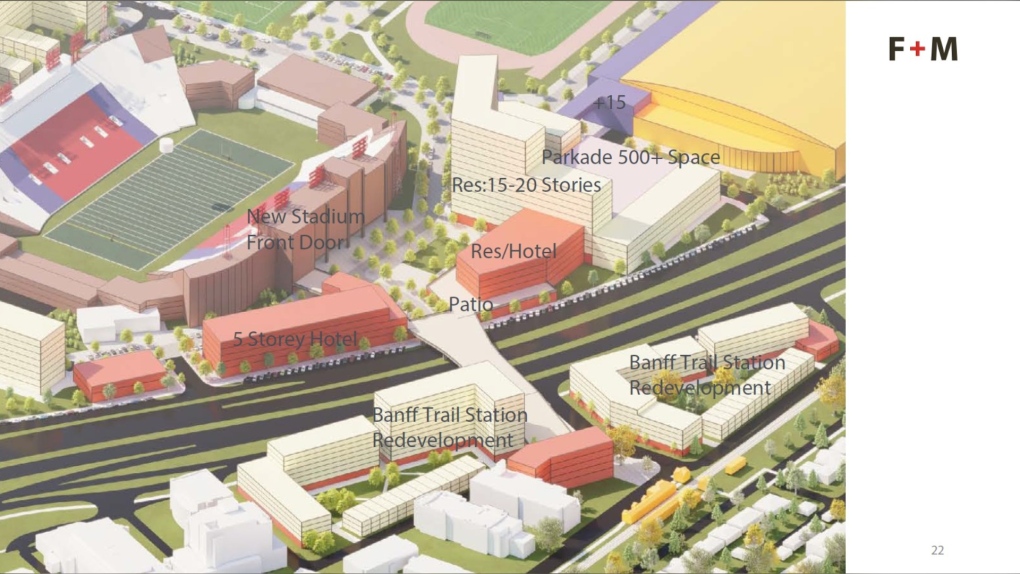 The area being remodelled contains both the city-owned Foothills Athletic Park and the University of Calgary-owned McMahon Stadium lands.

The project is being led by the B & A Planning Group.

As it stands, the two recreational spaces currently feature a baseball diamond, soccer fields, tennis courts, a volley dome, and an aquatic centre, as well as the home field of the Calgary Stampeders. The development plan will add new turf fields, update the hockey arenas and aquatic/fitness centre, as well as create a new entrance to the stadium, and an indoor field house that can be used for a variety of sports.

Although the B & A Planning Group hope to keep all the well-used existing facilities on the site, it is a possibility that specific facilities, such as the baseball diamond, may be removed in favour of a more multi-use space.

“Truthfully, the purpose-built facilities on the land are some of the ones that are most vulnerable as we look to create more multi-use facilities,” said Geoff Dyer of B & A Planning Group. No concrete plans for removing specific facilities have been approved to date. “I would love to be able to move all the existing well-loved facilities on the site as we move forward, and we’ll take note of that.” he added.

In addition to adding and improving existing facilities, B & A Planning Group hope to create a “mix-use district,” that adds to the usability of the area, including hotels, residential and retail spaces, restaurants, and office space.

June marks the beginning of phase three of the redevelopment, following eight months of consultations with the public and various stakeholders.

This fall, city council will vote to approve the proposed redesign.

See the renderings below: