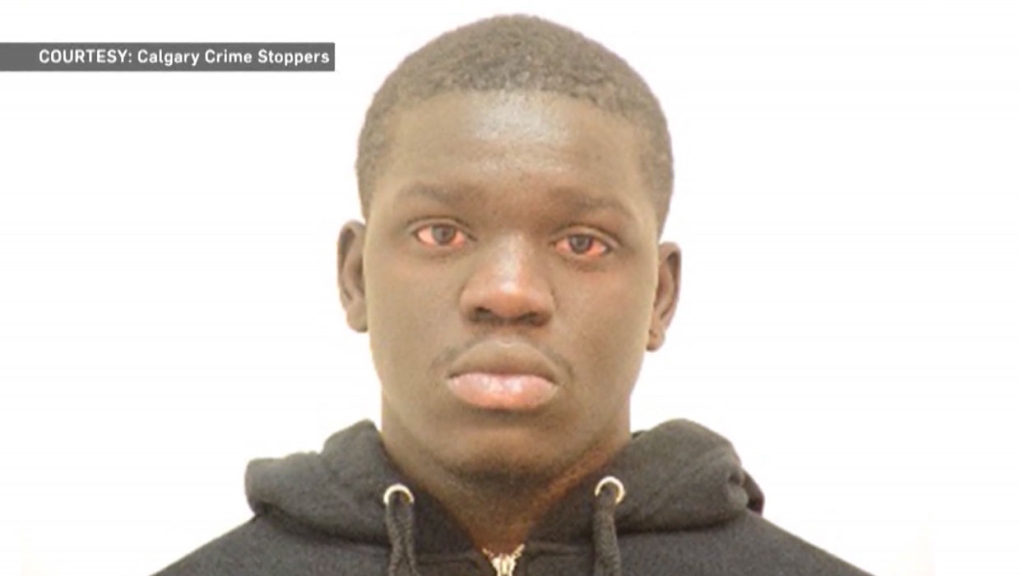 Nelson Lugela was convicted of second-degree murder in March 2019 in the shooting death of Stampeder Mylan Hicks. (Supplied)

CALGARY -- The Alberta Court of Appeal has denied an appeal from a man convicted in the fatal shooting of Calgary Stampeder Mylan Hicks outside a nightclub in 2016.

Nelson Lugela, who was convicted of killing Hicks outside the Marquee Beer Market, had appealed the judge's decision that determined he was the shooter.

He claimed the fact that images from social media were admitted as evidence, a voir dire was not held on the statement of a key witness, the standard of proof was misapplied and Justice K.D. Yamauchi handed down an unreasonable verdict.

On Sept. 24, 2016, Mylan Hicks and number of other members of the Calgary Stampeders were celebrating a victory over the Winnipeg Blue Bombers. During the course of the evening Hicks became involved altercations with a small group of men believed to be Lugela and his friends.

When the business closed, a "scuffle" took place outside the club, during which Hicks was shot twice and died at the scene.

Lugela was one of three men arrested by Calgary police a short time later when he was identified by a witness who was riding inside a police cruiser to be questioned.

At the judge-alone trial, 29 witnesses were called of which nine claimed to have seen the shooting take place and could identify the person with the gun.

Of those, only one was called by Lugela's defence counsel who said he was not the shooter.

"(Yamauchi) did not accept the evidence of the one witness called by Mr. Lugela who identified the shooter as the person in the red vest because the witness admitted she did not really get a good look and her testimony was contrary to video evidence," the court document reads.

When it came to the issue of social media images, the prosecution had submitted a number of photos of a man, believed to be Lugela, posing with a silver handgun similar to the one used in the crime.

At the time, defence counsel did not raise any issues about their admissibility while the element of Lugela's appeal, the fact they are bad character reference, is a new argument that was not brought up.

The appeal court denied that ground of appeal, saying the images were logically relevant and suggested Lugela possessed a weapon that was similar, if not identical, to the one in the shooting.

On the ground of appeal involving the witness statement from Derek Dennis, the man who identified Lugela as the shooter from a Calgary police cruiser, the appeal court determined there was no error in admitting his excited statements as evidence.

The court also found the verdict against Lugela was reasonable given the evidence of Darwin Concepcion, one of the other two men Lugela had been with at the Marquee.

Concepcion told the trial judge he saw Lugela holding a gun his hand and admitted he committed the murder.

While initially lying about their involvement, Concepcion confessed to police and led them to the same recycling bin where police had already recovered the murder weapon.

As a result, the Court of Appeal found no reason to interfere with the decision of the trial judge and his appeal was dismissed.

Lugela is presently serving a life sentence with no chance of parole for 18 years.