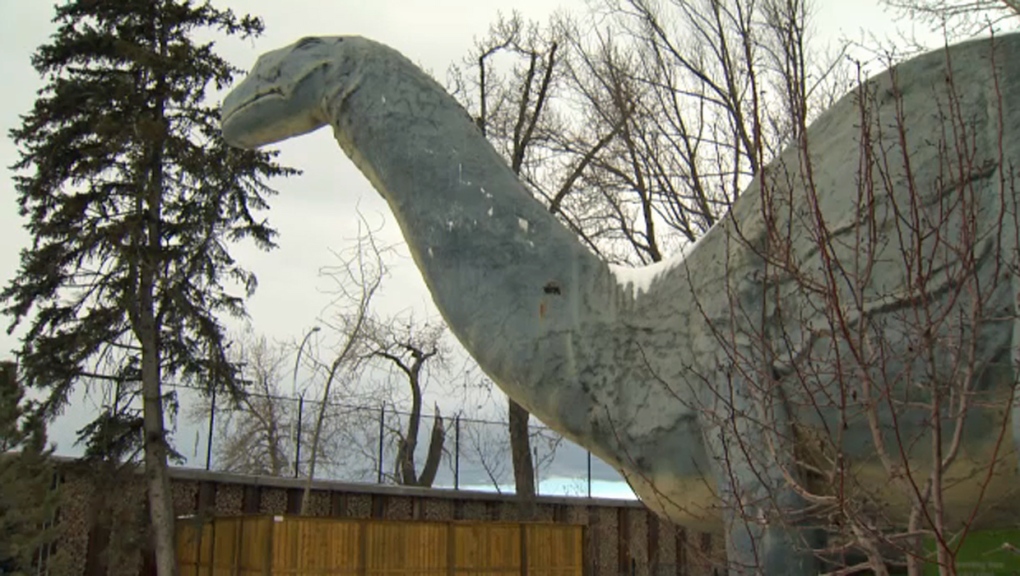 Dinny the brontosaurus has been a staple feature at the Calgary Zoo for almost 80 years and now, thanks to one particularly passionate family, will be receiving a full makeover.

Less than two weeks later, the zoo announced that the remaining costs have been covered by a generous donation from the Brawn Family Foundation.

The donation will include all needed structural repairs, a paint job, a garden just for Dinny and family picnics, and a mini-Dinny for kids to climb on, one much less of a falling hazard than the real Dinny was.

For the Brawn Family Foundation, the donation was personal, not business.

“As kids, we couldn’t wait to visit the zoo and spent most of the visit climbing Dinny and pretending he was our own personal pet," said Kelley Buckley of the Brawn Family Foundation.

"We hope the Dinny green space will bring as many happy family memories to visitors as it has for our family.”

Dinny is currently the record holder for oldest zoo resident, being the first dinosaur sculpture to arrive in the late 1930’s. He is now on Calgary's evaluated historic resource list as a monument to be preserved.

In 2019 a $200,000 restoration package was approved to fix Dinny’s bum leg and stiff neck, as the hand-crafted concrete statue has been cracking and weathering since its installation during the great depression.

The plan was for the city and zoo to split the bill on the project, leading the zoo to start a Dinny donation fundraiser to cover repair costs.

Dinny has been a Calgary resident since his creation by John Kaverna in 1935. He was unveiled at the zoo in 1937 during the opening of the Natural History Park which lasted until 1983 before being replaced with Dino Park found at the zoo today.

Reports differ but most suggest Dinny is over 110 tonnes with a height of about 10 meters (or 34 feet), and a length over 33 meters (or 107 feet), which is fairly accurately scaled to the actual size of a brontosaurus.

MPs are marking the 33rd anniversary of the École Polytechnique de Montreal shooting that left 14 women dead, while debate over the Liberal government’s gun control legislation — including which specific firearms should be restricted — is ongoing.