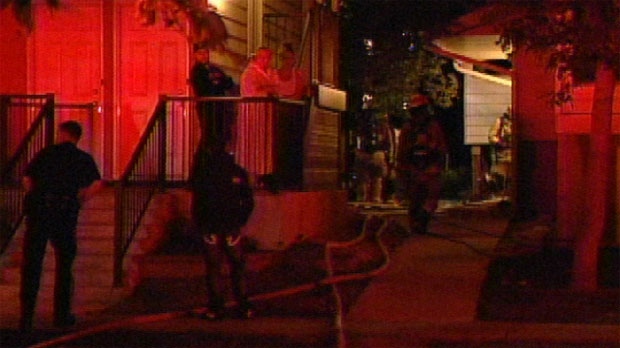 The quick response and an aggressive fire containment approach from the Calgary Fire Department are being credited for stopping a Sunday evening apartment fire from spreading to neighbouring units.

On arrival, crews encountered flames and smoke encompassing a second floor unit.  All residents were evacuated from the building as a safety precaution.

Crews extinguished the blaze, limiting the majority of the damage to the one apartment.

One person was treated on scene for smoke inhalation.

Officials continue to investigate the cause of the fire.